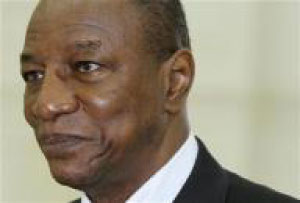 Guinea’s opposition on Tuesday accused the government of tampering with its list of nominees to a newly formed electoral commission, casting doubt on the country’s latest efforts to jumpstart election preparations.

A political stalemate in the world’s top bauxite supplier, nestled in the midst of Africa’s fragile ‘coup belt’, has stalled legislative polls needed to restart foreign aid and complete a shift to civilian rule after a 2008 coup.

President Alpha Conde named a new 25-person electoral body on Monday which was meant to include 10 people chosen by the opposition under a compromise deal after complaints the previous commission was biased toward the ruling party.

“The opposition coalition submitted a list of 10 members and we do not intend to change it. We cannot accept it,” Sidya Toure, a former primer minister and opposition spokesman told Reuters by telephone.

He said one of the opposition’s nominees, Thierno Seydou Bayo, a former electoral commissioner seen as a fervent critic of the former electoral structure, was omitted from their list in favour of someone they did not chose.

“Neither the head of state nor the interior minister has the right to change our list,” he said, adding that the opposition will meet later on Tuesday to decide on its next move.

The government had agreed in September to shake up the electoral body - to include 10 members from the ruling coalition, 10 from the opposition, and five from civil society, public service and administration - in an effort to defuse tensions that have triggered a rash of violent and ethnically-charged protests.

Parliamentary polls were initially meant to be held in 2011, following Conde’s election in late 2010.

The European Union has said Guinea must hold elections by the end of this year in order to restart hundreds of millions of dollars in aid frozen after a 2008 coup, but Western diplomats say polls will not be possible until April 2013 at the earliest.