Speaking at the forum, the General Manager of GTUCCU, Mr. Baboucarr Ousman Joof, said in September 2012, they took the bold and unprecedented decision to pay their members’ salaries, on behalf of the Government of The Gambia.

“We are pleased to report that so far, staff are doing better than many expected from them, irrespective of the hurdles we encountered during the first couple  of months,” he said.

Lamenting that they have already returned to the government more than D1.5 million as unclaimed salaries and on certain instances, pre-financed salaries and allowances, which would otherwise have resulted in serious pay delays, he said, “We have during the periods carried out payments on behalf of the Gambia colleague too, a partnership which included paying examination fees for many student-teachers,” he added.

He commended their counterparts in Ireland-COMHARLINN for the help they have been rendering to the GTUCCU.

“The availability of this new software will undoubtedly enhance our capacity to operate more efficiently, amidst accelerated decentralisation resulting from a welcome influx of schools demanding accounts in the GTUCCU, as well as allow us to introduce innovation products,” he added.

The General Manger further stated that their strategic plan 2013 to 2015 is a road map for emancipating members of the education sector. “We are destined to not only improve our living conditions but also make teaching attractive,” he said.

For his part, Lamin K. Marong, the President of Gambia Teachers Union, said the road map to achieving their individual and cooperate goals and ambitions can only be built on an all-inclusive agenda.

“In order to meet these new challenges, we must endeavour to increase our monthly savings, minimise withdrawals, increase our shares and make good investments with our loans,” he said.

Deputising for the Governor of the Central Bank, Karapha Jobarteh, who congratulated the board of GTUCCU, management and members, commented on the theme for this year’s annual general assembly.

“For a credit union to really make a difference, you need to have some members who will be made savers as well as people who are attracted to the credit union as a source of low-cost loans,” he concluded. 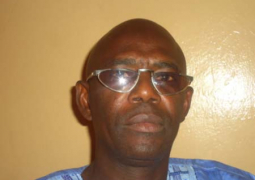 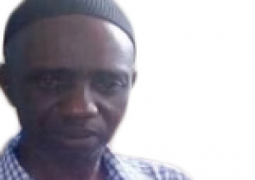