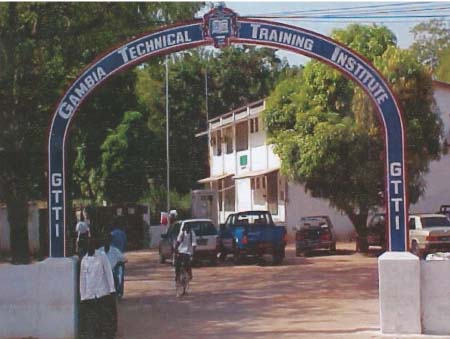 Mrs Jahou S. Faal, director of Academic at the GTTI, said the institution’s strategic directions continue to focus on developing its capacity to deliver quality training programmes up to higher levels and organizing customized courses for both the public and private sectors of the economy.

Mrs Faal was speaking recently before the Pubic Account Committee and Public Enterprise Committee PAC/PEC of the National Assembly, where she delivered the GTTI annual and financial report.

She told members of the National Assembly that in this regard, the strategy laid emphasis on key areas within the envisaged course provision based on their viability and demand from the Institutes’ clientele and the national economy.

Madam Faal said the GTTI was established by an Act of Parliament in 1980, to provide training opportunities for the middle and sub-professional levels of technical and vocational human resource requirements of the country.

It began operations in 1983 with the provision of Craft level programmes in a variety of technical and commercial disciplines with qualifications awarded by the City and Guilds of London Institute, (CGLI), Royal Society of Arts of (RSA) and Pitman Examination Bodies, she said.

Director Faal told members of the National Assembly that from its inception to date, the development within the Institute has been guided by well-thought out development plans and realistically set objectives.

She added that GTTI provides the highest level of technical and vocational education and training available in The Gambia.

In delivering his audit report, Alieu A.B. Kambi said they have audited the accounts set out on pages 5 to 12 which have been prepared under the historic cost convention as modified by the revaluation of certain fixed assets.

He told the PAC/PEC of the National Assembly that the Institute’s Governors are responsible for the preparation of financial statements, adding that it was their responsibility to form an independent opinion based on their audit on those statements and to report their opinion to them.

“We conducted our audit in accordance with the International Auditing Standards,” he said, adding that an audit included examination on a test basis of evidence relevant to the amounts and disclosures to the financial statement.

Hon. Ba Faye Saidykhan, member for Jarra Central, in his comments, said the update of GTTI for this year and that of last year was totally different.

Hon. Njie Darboe, member for Jarra West, thanked the GTTI for having the annex of the institution in Mansakonko, while asking the Management of the Institution how many students they have in Mansakonko.

Mr Sonko, subject matter specialist, said the report was very good, for which they commended the GTTI management.

“We want to encourage and commend the Management of GTTI for their service delivery,” he said.