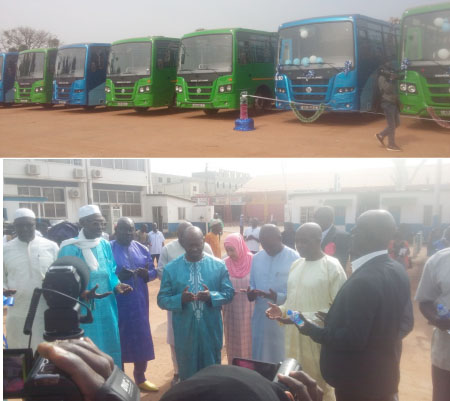 Established in 2013 with a fleet of 50 buses, GTSC today remains one of the largest carriers in the country’s transportation sector with well-organised offices and support depots in Kanifing, Brikama, Essau, Soma, Basse, and Farafenni.

At the commissioning ceremony, Seedy Kanyi, general manager of GTSC, described the commissioning of the new fleet of buses as timely, considering the fact that its fleets have been facing challenges in recent times.

“Since that has happened we’ve been facing increasing demand and we were under pressure to respond to that high demand from our esteemed customers. Thank God we are here today commissioning 20 new buses with very high hope that it would provide an answer to that call from our passengers both within and outside The Gambia,” he said.

To this end, he extends special thanks to the board of directors of GTSC and its parent company- Social Security and Housing Finance Corporation (SSHFC) for their unflinching support since inception seven years ago.

“We also wish to register our unreserved appreciation to the government of The Gambia and all the ministries for their immense support to GTSC since day one,” he added.

Kanyi lauded the unique care and guidance of its parent company- SSHFC over the years, saying the bus company started with 50 buses provided by SSHFC as an investment to revive the country’s public transport sector.

GTSC MD also acknowledged the support of their esteemed customers, communities and even the suppliers of the buses for the smooth running of their services.

For his part, Mohammadou Manjang, the board chair of GTSC, who doubles as the managing director of SSHFC, extended on behalf of the board of directors, special thanks to the staff of GTSC, recalling the relations between SSHFC and GTSC, which he said, dates back to 2013 when they first invested in 50 buses to restart the then liquidated Gambia Public Transport Corporation.

“Our investment in the transport then and over the years has helped improve the quality of lives for millions of people, who previously were excluded from the economy. I think one thing that is evident is with the revival of the bus service, every depot that you go right through the country, is bustling with an economic activity. And it is quite evident when the buses are not in operations, the economic activities in a lot of areas come to a standstill” he added.

To this end, Manjang acknowledged that their involvement is not only providing transport to the general populace, but is also contributing significantly to the country’s economy.

The commissioning of the new fleet wrapped up with a maiden trip to Old Yundum. 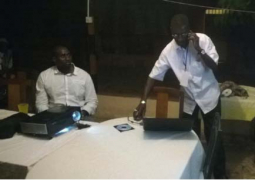 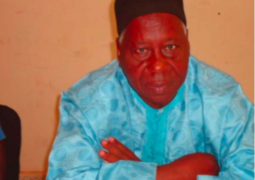