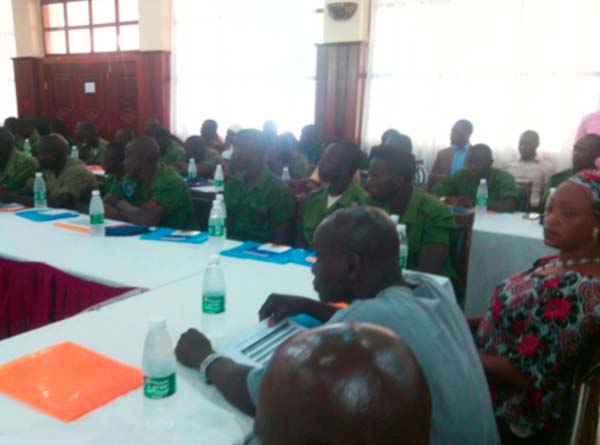 The Gambia Tourism Board, in collaboration with the Ministry of Tourism and Culture, organised a two-day training session for personnel of the Tourism Security Unit (TSU), as part of preparations for the 2016/17 tourist season.

Delivering his statement at the official opening of the training course, Benjamin Roberts, Minister of Tourism and Culture, thanked the British High Commission for their support and for the partnership with The Gambia Tourism Board.

He said the British form the largest tourist visitors to The Gambia, and in that regard they “are very grateful” for the partnership.

The Tourism Minister further said the training activity was important to the security personnel, and the trainees should take advantage to make the best use of it.

It has been said earlier that tourism contributes to the growth and development of the country, he added.

“Tourism is quite a relevant sector, and it contributes immensely to the development of the country,” he said, adding that the ministry alone and GTBoard and the National Centre for Arts and Culture could not do it all, hence every person has a role to play in tourism development.

The British Ambassador to The Gambia, Colin Crorkin, said the training course is important as tourism contributes substantially to the Gambian economy, and the United Kingdom provides a large number of tourists in The Gambia.

He added that everyone has a key role to play to promote the Gambia tourism sector, and to have the experience of people visiting the country.

Abdoulie Hydara, director-general of Gambia Tourism Board, said conducting the training course was “something very important”, because customer care is key.

DG Hydara urged the trainees to use professionalism in conducting their work, because success is key in whatever they try to achieve in the world.