Information is food for the mind - PS Njie

Mambanjik Njie, the Permanent Secretary at the Ministry of Youth and Sport, has said that information is food for the human mind, and that to create choice for the people in their sources of information so as to make an informed choice is a step in the right direction.

He also described such a development as an effort to keep the general public abreast of what is happening within their immediate surroundings.

PS Njie, who believes that journalism is a noble profession, said it does not necessarily follow that one must go to journalism school to become a journalist, but one must have the talent, and be ready to apply it.

"Journalism is critical and full of challenges, but of course, to be a very good journalist you must have good listening skills to be able to report accurately," he pointed out.

PS Njie declared that his ministry would look at all available avenues to support Eye Magazine to reach its desired destination, noting that his ministry recognises the talents of young people. He noted that efforts are underway to curb the problem of unemployment in the country, particularly the youths.

PS Njie asked young people to take charge of their responsibilities as elders of tomorrow, and change their attitude. "Of late, you see men behaving like women or women behaving like men," he said.

"As young people are the cream of the society, they only need to be steadfast, prepared and ready to exploit their skills to realise their potential with little support and counseling from others."

Halifa Sallah, the guest speaker at the occasion, commended the Eye team for their hard work, commitment and determination and for the brilliant idea of establishing of a magazine.

Mr. Sallah noted that the intention of Eye Magazine is to improve the reading and writing skills of young people, to increase public awareness and to bring information to the doorsteps of the public.

"Our society is alive if young people are thinking, investing and building, and we become inspired by them," he said.

He then reminded the Eye team of the principle: "the mind speaks the language of truth and justice."

Binta Singhateh, DPS at the Ministry of Communications, Information and Information Technology, said that journalism is indeed a profession that has a long history of nobility and instrumentality in promoting democracy, good governance, as well as overall societal development.

As much its role is in development endeavours, when abused it could be greatly destructive, she noted. As such, the practitioners of the profession could either choose between objectivity, truthfulness and neutrality, earning them universal respect and admiration or deviate totally from the requisite ethics of the profession and subsequently incur public wrath, become objects of public ridicule and lose personal integrity.

"The bold initiative taken by these young determined Gambia's should inspire others to start thinking critically to come up with similar development initiatives to help fast tract the country's development," she added.

Ms Singhateh called on all media outlets to guide the magazine safely to the shores of success, adding that the road to this point is rough and will be in fact rougher without the needed public support. She maintained that as a good initiative the onus now lies on all to ensure the magazine's sustainability.

Other speakers include Marcel Mendy the Executive Secretary of National Youth Council and Siaka K. Dibba of the Eye Magazine. 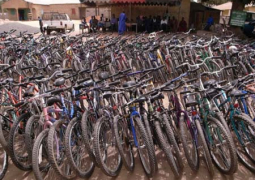 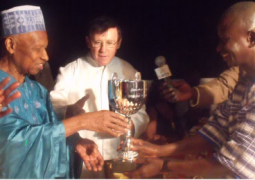