Hali Abdoulie Gai, former GPA director of finance, and Abdoulie Tambedou, the institution’s former managing director, are being tried under a five-count indictment, which included two counts of neglect of official duty, and three counts of disobedience of statutory orders.

Responding to questions by defence counsel Edward Singhateh, Lalo Danso told the court that defence exhibit 10 was from the procurement committees of the Gambia Ports Authority.

Asked by counsel to look at defence exhibit 10, and state whether it was in line with the GPPA Act, Danso told the court, at that juncture, he could not say for certain because the information was sent to the then director-general of GPPA.

However, the trial magistrate told him that he did not understood what he said, because the answer which should follow was either “yes” or “no”.

The witness then said he did not know.

Asked again whether the condition he mentioned in court was in line with the GPPA Act, Danso said he could not say, as he did not know all of the GPPA Act word by word.

It was then put to him that the managing directors and chief executive officers were not being mentioned anywhere in the Act, to which Danso again said he did not know.

Defence counsel E. Jah also asked the witness whether his client was involved in the procurement process, but Danso said he did not know because the document was never submitted to the GPPA.

At that juncture, the case was adjourned to 19 November 2013, for hearing. 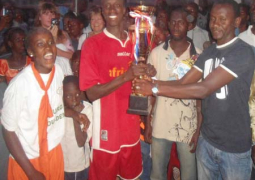