Despite the satisfactory performance of the productive base of our economy, economic shocks including increasing fuel prices, the fierce inter-port competition within the sub-region and the trends in the global trading environment, the Gambia Ports Authority’s overall financial position continues to be sound and healthy, Abdoulie Tambedou, Managing Director of the GPA said Tuesday.

Mr Tambedou, who was speaking while presenting GPA’s annual report and financial statement to the Public Accounts/Public Enterprises Committees of the National Assembly, said GPA registered a throughput of 1,390,561 tonnes in the year ended 31st December 2009 compared to 1, 402, 135 tonnes in 2010 representing an increase of 1 %.

He told members of the committee that the Authority also realised a decrease in turnover by 15% from D500m in 2009 to D427m in 2010, showing a relative fall in revenue in 2010 which was mainly attributed to falling exchange rates of the Euro against the Dalasi, year-end valuation losses of foreign debtors and currency balance, among others.

Tambedou stated that in responding to the needs of its customers, the is continuously investing in resources, both human and capital as evidenced by both long and short term courses, local and overseas, especially at the lower cadre, and also the procurement of cargo handling equipment and its associated spare-parts.

Noting that the port serves respectively as an entry and exit point for almost 80% of the country’s import and export trade, Tambedou said in its drive to meet the targets of the Authority’s development objectives, the GPA will continue to source funding with a view to implementing the recommendations of the Port Master Plan updated 2008.

“In order to address some of the development challenges of the port, the Authority has a series of upgrading and rehabilitation projects,” he said, adding that the objective is improve the port’s operational standards, customer service delivery, and to cater for the present and anticipated increase in cargo throughput and vessels in the years ahead.

According to him, in an effort to improve the port’s operations and throughput capacity, attracting new shipping lines and improving ships turnaround time, the port also continues to upgrade its facilities and infrastructure and the procurement of cargo handling equipment.

“To this end, the Authority purchased one reach stacker in 2009 followed by another in 2010 and other port cargo handling equipment at a cost of over D45m, without recourse to loans,” he added.

He also told members that in a bid to enhance efficiency and productivity levels, the GPA management is also responsive and committed to supporting the general welfare of all members of staff.

Mustapha Colley, chairman of the Gambia Ports Authority also stated that the GPA has realised another success in performance for the year ended 31st December 2010, achieving an annual turnover of D427m. 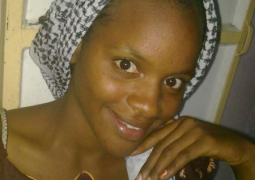