This can be defined as the migration of people across international borders in a way that violates the immigration laws of the destination country.

Africa has never seen such a flood of young men heading for Europe. The number of migrants crossing by sea to Italy, a top entry point, nearly quadrupled from 2013 to 2014, reaching about 170,100. Sub-Saharan Africans made up a growing percentage of the total.

As of 1 January 2015, there were 5,014,437 foreign nationals resident in Italy. This amounted to 8.2% of the country’s population and represented an increase of 92,352 over the previous year. These figures include children born in Italy to foreign nationals (who were 75,067 in 2014; 14.9% of total births in Italy), but exclude foreign nationals who have subsequently acquired Italian nationality; this applied to 129,887 people in 2014.

There’s a big problem of complex among some young Africans and that problem is majorly in thinking faculty; that, going abroad is a greener pasture. That’ not true. So I put to you, there is no greener pasture anywhere like your home- country and where you come from. Until we get this into our skull about it, the Mediterranean Sea will never seized to be death trap, and is recording increasing number of dead of young Africans swallowed in droves on the rough high sea. I just do not know what is pursuing them abroad.  Take it or leave it, any young person that is unable to make it at home, cannot or will find it equally difficult making it abroad. You see, to live or reside in abroad requires hard work, and most job opportunities for irregular are cheap manual labor that you wouldn’t ordinarily do in your country.  So what’s the point?

Do you know why do young people risk their lives at all cost to traveling abroad without a destination, permits or money in pocket at arrival? To arrive in a foreign land without where to sleep, food to eat could be traumatic, and starting a life in street as if one is a psycho- man could be another thing entirely?  I have seen people in work in Africa, selling their properties to gather money to travel abroad with the hope of getting a better job, which they never. I have seen parents selling their compounds and collecting loans from bank to fund their daughter to travel abroad in anticipation of return on investment, which usually result in the girl’s death of HIV/AIDS. I have seen where Men traveled with children in pre tense as theirs, only to sell these children for a token. Imagine what people do for money? What is more wickedness than this? So you can tell me what is it I have not seen or heard? But that is just the picture.

Back to the point I asked, why young Africans want to travel abroad by all means? Or will you blame this young people in totality for their actions?  Wanting to leave their country in droves? To my mind is where there is hunger there is likely hood of migration. Where there is poverty and joblessness there is likely hood of migration. Where there is war and conflict, inequality, corruption and bad governance there is likely hood of migration. And this entire likely hood is in Africa and I don’t know why Africa. To me, migration in its self is not criminal per se, but when it is irregular, it can be viewed illegal by the entering country and as security threat.  Most times at borders migrants are arrested, roughed handled, tortured and killed, while so many are languishing in jailed criminally in Asia, Europe and America. This migrants are usually maltreated may be because they are from Africa and is out of racial discrimination and Xenophobia. But funny enough, even most of those African youths that are arrested and detained in jail themselves have refused to identify with their identities and reject their Government interventions in returning them back in their various African Countries for reintegration. That too goes to show you the rooted mentality we have that greener pasture is not in Africa by African. It is such is pity!

But to those irregular migrants whose have found their way into Europe, Asia and America from Africa, they are currently into modern day slavery.  Ask me why? Their condition there is not better than when they were in Africa. They see good life but cannot access it. But the truth of the matter is that, Americans, Europeans, Asians enjoys such migrants and recognizes the potentials, which they absorb and provide available labor jobs to them.  These jobs are jobs that do not have dignity nor add value to them.

According to UN statistics, 244 million migrants are living abroad. These migrants make their ways through the Mediterranean Sea by boat, and these boats do capsized, killing our teeming youths in droves. Most of the boat cap siding is never captured in the media and till tomorrow young lives are cut off in this deadly sea route to abroad.  To some that are migrating by road, they are stocked in the desert and killed by hunger and thirst. After drinking their urine as water to be dehydrated to death, you will then understand you do not need this road to greener pasture. Oh, what manner of greener pasture! When I think of it, I now know that I do not need this manner of greener pasture and is extremely not worth the risk? And you need to let others know of it too.

You see migration most at times result into trafficking and don’t just happen. It is an organized crime. It starts when someone is desirous and apprehensive to move abroad. You will meet or will be approached, introduced by and to those into Visa racketing. Some of them go into poor local communities, led by family members, known people and community members who lure vulnerable youths with promising annotations of job opportunities in Europe, Asia and America.  These opportunities never existed nor will exist. Young girls are taken out of African abroad to serve as sex toolkits in prostitution.

These young Africans girls are exploited sexually to sleep with all kind of animals for experiment.  These girls are mostly under 20 years old and are traded for commercial sex to over 30 men daily, without protection. So I ask you, who are these old men paying for these girls to be brought into Europe, Asia and America? And I will tell you they are not Africans. Africa is only used as the kingpin for the trade. And is senseless, shameful and heartless to humanity, they will pay for it one day.

It dream of  Africa that would one day see her  youth tapping from the expertise of Africa and began a new process of leadership where we will find that greener pasture right here in Africa. 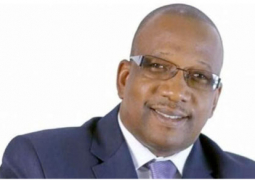