The Gambia government’s expenditure has been more than the revenue, excluding grants, by about D2.23 billion in the first half of 2015, provisional data on the government fiscal operations from the Central Bank of The Gambia has indicated.

The governor of the CBG, Amadou Colley, said the deficit, which is one of the highest in recent times, is equivalent to 13 per cent of The Gambia’s gross domestic product (GDP).

However, thanks to moneys given to the country by foreign governments and/or multinationals, the government’s overall budget deficit, including grants, is estimated at D829.4 million or 5 per cent of GDP.  In the first half of 2014, the deficit was D729.8 million.

The current state of the national economy, including the state of the government finances, was made bare to journalists during the quarterly briefing of the Monetary Policy Committee (MPC) held yesterday at the Central Bank in Banjul.

Governor Colley, who is the chairperson of the MPC, said the government’s total revenue and grants amounted to D5.23 billion, more than the D4.34 billion recorded in the corresponding period in 2014.

Domestic revenue, comprising tax and non-tax revenue, amounted to D3.8 billion which is an increase of 17 per cent from the corresponding period in 2014.

On the other hand, the CBG boss said, the total expenditure and net lending amounted to D6.1 billion, an increase from D5.1 billion registered in the first half of 2014.

According to Colley’s explanation, the government’s interest payment has increased to 81 per cent, which led to the increase in recurrent expenditure to D3.9 billion or by 17.1 per cent.

As the government continues to register revenue shortfall, it also significantly increases its borrowing from local banks and other domestic sources.

The Gambia Bureau of Statistics (GBoS) has revised downwards the real GDP growth estimate for The Gambia from an earlier of 1.6 per cent to 0.5 per cent in 2014 due to weaker growth of 3.3 per cent in the transport and communication sectors than previously estimated.

Similarly, growth in the services sector was also revised downwards to 5.2 per cent, lower than the earlier projection of 6.9 per cent.

Though the Dalasi is said to have appreciated, inflation continues to increase unabatedly even beyond the expected level.

The MPC chairperson said the committee is concerned that consumer price inflation has continued to exceed the target of 5 per cent and inflation is forecast to remain at elevated levels.

“Failure to act against these heightened pressures may cause prices to accelerate further and the high inflation expectations to become more entrenched,” Colley said.

Against this backdrop, the MPC has decided to continue the tight monetary policy stance by keeping the policy rate unchanged at 23 per cent; and maintaining the reserve requirement at 15 per cent of deposit liabilities.

The MPC chairperson said they would continue to monitor domestic and international developments and take actions as appropriate.

Meanwhile, for the first time in recent times, as of end June 2015, the Dalasi appreciated against the US dollar by 5.6 per cent, Euro by 24.4 per cent, and British Pound by 8.1 per cent.

All the banks met the minimum capital adequacy requirement of 10 per cent.  The liquidity ratio stood at 86 per cent, significantly higher than the statutory minimum requirement of 30 per cent.

However, even though the banks are liquid, the loans and advances, which present 20 per cent of total assets, declined to D5.81 billion or by 3 per cent.

Provisional balance of payments (BoP) estimates for the first half of 2015 indicates on overall deficit of US$30.5 million, significantly higher than the US$19.0 million in the corresponding period in 2014.

Similarly, as at end-June 2015, gross international reserves has significantly declined to US$97.1 million, equivalent to 3.5 months of imports of goods and services, from US$163.5 million at end-June 2014.

The international reserves is used to finance the government’s external payment imbalances or influence the exchange rate. 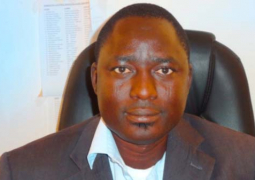