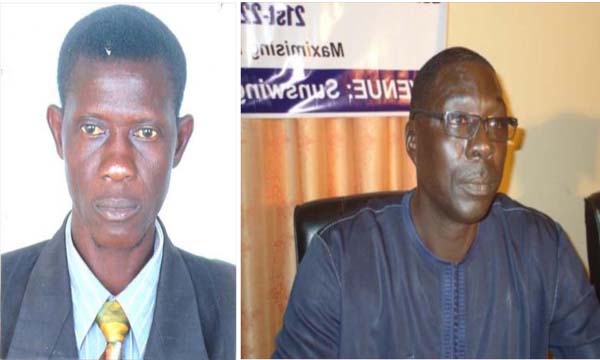 The Secretary General of the Gambia Workers Union, Ebrima Garba Cham, has urged the Gambia government to pay particular attention to workers in both the formal and informal sectors, in view of the sky-rocketing prices of basic commodities, whilst salaries “are not being increased” commensurate with the consumer price index.

“This scenario makes it difficult for the average citizens to meet the necessities of life,” Cham said at the 2015 May Day Sports celebration held on Friday at 22nd July Square in Banjul, in which workers from public institutions and private companies participated.

The theme for this year’s event was: “Eating healthy-healthy eating”.

Aware of this situation, he said, workers in all sectors must have a common purpose in the protection and promotion of their interests.

“The workers can better engage employers in collective bargaining or agreement in the realization of benefits and better terms and conditions of employment,” Cham said.

He recognized the declining of unfair dismissals of employees and termination of employment. However, he cited the need to address the rules of engagement of contracts.

Mr Cham also urged private sector employees to register with the social security provident and injuries compensations fund at the commencement of their employment.

“Furthermore, workers are deducted 5 per cent but their 15 per cent remittances are not sent to SSHFC; as a result when employees filed in claims there is nothing for them to tap and this is a serious matter of concern, which must be addressed,” he said.

Mr Cham said employers must comply with the Labour laws of the country, and social dialogue should be encouraged at the workplace; that protective gears must also be provided to protect workers from being exposed to occupational hazards, risks and accidents that could have been averted.

However, it was gratifying to note that the review of government’s pay grading and pension systems “are at advanced stages,” he continued.

He urged the government through the Ministry of Finance and Economic Affairs to establish SMEs, to encourage skilled workers to create small industries that would motivate interested persons to invest in science and technology, and infrastructure development, as well as to promote indigenous businesses.

There are categories of youth that are involved in scientific technology and, with the political will, support and encouragement, they would excel if given the necessary support, Mr Cham said, adding that some of them are already struggling in construction work, building and road construction, among others.

He further recommended the dissolution of all betting and gambling houses in the country, and urged the government to facilitate the payment of salaries, compensation or severance pay to the workers affected in accordance with the Labour Act.

He said the National Trade Union Congress has also urged that a permanent administrative structure for the labour movement be established to serve as headquarters for all trade unions in the country.

“We urge government to set up a tripartite taskforce that will be mandated to monitor the general terms and conditions of employment across the work industry,” Cham further said.

He thanked the President for his foresight and support in promoting the tripartite celebration of May Day, which he said is in line with convention 144 of the International Labour Organization, ILO.

He also congratulated him for the recent prestigious award conferred on him by the FAO in recognition of The Gambia’s attainment of the MDG IC target.

Trade Minister Abdou Jobe, in his remarks on the occasion, congratulated participants and noted that as a government, they would create the enabling environment for the workers to have a harmonious industrial relationship in the country and provide good working conditions.

“The government will continue to provide the enabling environment and the policy framework, the institutions and, of course, to provide other capacity building measures to ensure that we work in a harmonious way,” he said.