The Secretary of State for Works, Construction and Infrastructure, Mr. Lamin Bojang, on Monday gave a break down of the cost and sources of funding for the roads constructed in the past 10 years. The amount totalled US$82m.

Responding to a question raised by Hon. Sidia Jatta, Member for Wuli West, as to the roads that have been constructed in the past 10 years, their costs and sources of funding, Secy. Lamin Bojang said the Essau-Kerewan road project, a 51 kilometre stretch, was jointly funded by the Republic of China on Taiwan and the Gambia Government at a cost of US$7.2m.

According to the Works, Construction and Infrastructure Secy, the Kombo Coastal road project, a 168 kilometre stretch, was funded by the Kuwaiti Fund, BADEA and the Gambia Government at a total cost of US$14.6m.

He also revealed that the Farafenni-Laminkoto road project, a 115 kilometre stretch, funded by the Kuwaiti Fund, Opec Fund and the Gambia Government, cost US$25.0m.

On the total number of feeder roads constructed and completed from 2006-08, Secy. Bojang said between the year under review, three major feeder roads were constructed in the Western Region to boost mobility.

For Secy. Bojang, a feeder road programme is being prepared to take on nation-wide coverage. The programme, he added, has been submitted to the EU for their consideration to fund. 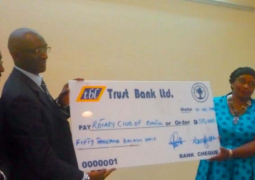