The acting accountant at The Gambia Postal Services (Gampost) has revealed to the members of the Joint Session of the Public Accounts and Public Enterprises (PAC/PEC) committees of the National Assembly that the total current liabilities for Gampost stood at D22, 560, 858 in 2012 compared to D20, 087, 697 in 2011.

Samba Ceesay made this revelation last Thursday while presenting the institution’s audited financial statements for the year ended 31st December 2012. According to him, Gampost’s total current assets totalled D31, 022, 160 in 2012 compared to D31, 379, 622 in 2011.

Presenting Gampost’s activity report before deputies earlier on, Foday M. Jaiteh, Managing Director of Gampost explained that the postal industry worldwide has been evolving over time to respond to the changing environment.

He said the transformation of postal organizations is a direct result of the changes that are continuously taking place in the communications market.

The aim of the reform and development efforts, MD Jaiteh went on, is to break the vicious cycle of poor financial performance resulting in lack of adequate investment, which prevents improvement of service quality and network rehabilitation and expansion, which he said leads to lower staff morale, loss of public confidence and mail volumes.

On the future of the post, he said Gampost must prepare to explore and exploit the new opportunities offered by ICT and software solutions.

“We must introduce new mail services by moving up the value chain - hybrid mail and digital mail boxes are a realistic opportunity and possibility for Gampost.”

On the Financial services, he informed PAC/PEC members that Gampost will explore possibility of expanding the range of postal banking services, including micro finance operations, noting that the savings bank is the only financial institution with an extended rural outreach, enhancing financial inclusion and poverty alleviation in rural areas.

On the top priorities for Gampost, Jaiteh pointed out that software solutions and network rehabilitation and expansion are management’s top priority.

Geoffrey Renner, chairman of Gampost’s Board of Directors said there is the need to look into the financing of Gampost, and also to restructure the institution. He said motivation is very low at Gampost, while calling for the development of the man-power at the institution.

Augustus Prom Junior, Senior Auditor Manager at Augustus Prom, revealed that during the audit exercise they observed, among other things, that the contract agreement between Gampost and Western Union in respect of Money Transfers services being done by Gampost through Western Union was not signed by both parties.

“We also observed that there were late payments with regards to income tax payments for the month of March and September.”

According to him, they also observed that there is no CCTV (security camera) coverage at the cash and teller area at the head office banking hall, the savings bank’s software installed is not working adequately as it is not calculating the interest charged during the period, while the interest is calculated manually and posted it in the system for each customer upon request.

The audit exercises, Prom Junior went on, also observed that domestic monies are physically moved from one location to another using public transport in areas like Wassu, Janjangbureh, Kerewan, and Bwiam.

On the Western Union agreement, management said it has retrieved a copy of the duly signed Western Union Representative Agreement.

“Physical movement of cash using motor bike was discontinued in 2012 following National Assembly recommendations due to the potential associated risk. We continue to move cash, but using the public transportation system.”

After a lengthy debate from both sides of the house, members finally endorsed Gampost’s report for the year ended 2012. 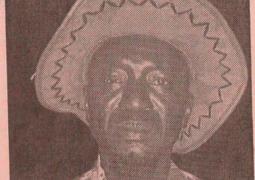