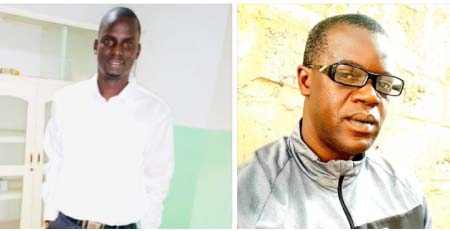 The Gambia Press Union (GPU) on Tuesday succeeded in a discussion that led to government dropping charges against journalists and two radio station reopening.

The matter was mediated by the National Human Rights Commission (NHRC).

The reopened media houses are: King FM and Home Digital FM, that were closed on 26 January 2020 amid the 3 Years ‘Jotna’ protest.

The president of the Gambia Press Union, Sheriff Bojang Jnr said that the idea is not only to close and reopen the radio stations but to also to send a signal to whoever abuses its powers.

He added that they want to use the opportunity to make sure that, due process of the law should follow if any media house in the country is to be closed by the government.

“Though this is a government in transition and lot of things are expected to be going wrong, in this case, lot of things went wrong. We came out of brutal dictatorship, where media houses were closed just through telephone calls or somebody showing up without decency or dignity to give you a letter to say you are closed,” he said.

He continued: “Going back now, we have seen in this case the same pattern, and we don’t want this to happen and our hope is that this would not happen again and this is why our position is that, the reopening of the two radio stations and dropping all charges is a goodwill but there is still more to be done.”

According to him, this thing puts a lot of issues at fore – from insecurity and paranoia.

“If the police IG or whoever can order his men to go and close radio stations without due process and nobody argue on that. So when it comes to other issues, the GPU will continue to negotiate and discuss to make sure that there is justice in the case of the two media houses concerned,” he said.

Mr. Bojang revealed that they have to admit that mistakes were committed and that they felt government, in this case exercised powers it never had.

He finally said that impunity and something like that will not be condoned by the Gambia Press Union, while thanking the NHRC for making the discussion a possibility.

For his part, Abubacarr Tambadou, the minister of Justice and Attorney General revealed that a discussion he had with the GPU through the NHRC to reopen the two radio stations and also drop all charges against the journalists who were arrested as a consequence.

“What we wish to say is that, we (members of the GPU and government) have all learned lessons from this episode. As we seek to strengthen our democracy, there will be shortcomings, not just on the part of the government but also on every other section of Gambian society including media practitioners,” he acknowledged.