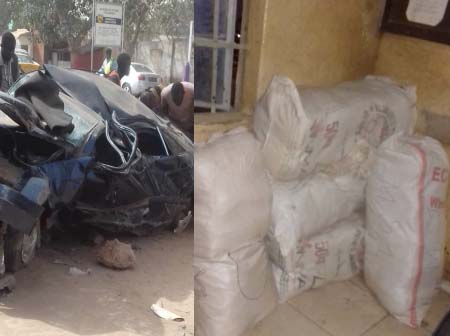 A fatal car accident that occurred in the early hours of Tuesday morning on Kairaba Avenue, opposite Latrikunda Upper Basic School has claimed the life the driver who was on the run while suspected to be in possession with five bags of cannabis, The Point has been informed.

The driver, who was driving a private Benz with the registration number BJL 1141Q was reported to be coming from the Traffic-light end with speed. As he was speeding, his vehicle tyres burst and eventually lost control. He hit a nearby pole resulting in an accident that claimed his life.

A source that earlier spoke to our reporter claimed that the driver was being pursued by officers of the Drug Law Enforcement Agency, The Gambia (DLEAG).

PRO Saidybah added that immediately after the accident happened, DLEAG was contacted because there was some suspected cannabis found in the vehicle. “Our officers visited the scene and are working closely with our police counterparts. The matter is under investigation and when the investigation is completed, the suspected five bags of cannabis will be handed over to the agency.”

Lamin Njie, spokesperson of The Gambia Police Force couldn’t be reached for comments at the time of going to press. 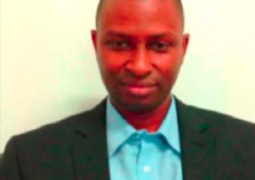