Mrs. Nancy Nyang, Permanent Secretary at the Ministry of Forestry and Environment has said that the government of the has signed a protocol of agreement with the government of for the joint protection and management of Niumi and Saloum national parks.

According to her, the national character of Saloum and Niumi national parks as an ecological entity with vital and incalculable environmental value to the region and its people, prompted both the and to recognized that the protection and management of this life support system and its resources are crucial factors in the long-term management of the region.

Permanent Secretary Nyang made these remarks while delivering a key note address at a one day forum for National Assembly Member held recently.

She further pointed out that the government of the is committed to the conservation and restoration of natural habitats and their biodiversity whilst at the same time seeking to ensure the provision of direct benefits to local communities around protected areas.

For his part, Mr. Alpha Omar Jallow the Director of Parks and Wildlife management said that the continued rate of environmental degradation including biodiversity requires an established process of effective co-management and application of all protected areas.

"Niumi national park and other community forest parks already under formal protection still require further action to provide protection for their entire biological entities", he said, noting that the livelihood of the rural community periphreal to the proposed biosphere reserve depends on natural resources and there existing underlying threats contributing to loss of biodiversity, which needs urgent attention through established process such as the creation of a biosphere reserve.

The program was chaired by Ablie Danso, Deputy Permanent Secretary at the Ministry of Forestry and Environment. 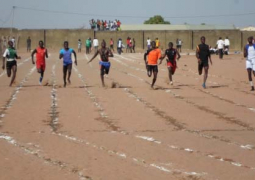