The Pro-Poor Advocacy Group, in partnership with the Gambia Competition Commission and the Consumer Unity and Trust Society (CUTS International, ) yesterday commenced a two-day conference on the mid-term review of a project, entitled "Strengthening Constituencies for Effective Competition Regimes in Select West African Countries" (7Up4).

The conference, which is currently underway at the Senegambia Beach Hotel, brought together local and international participants with a view to strengthening constituencies for effective competition regimes in selected West African countries.

In his opening statement, Honourable Abdou Kolley, the Minister of Finance and Economic Affairs, who is also overseeing the Ministry of Trade, Industry and Employment, said for any competition regime to be successful, particularly, in the developing countries' fundamental areas of concern must be adequately addressed.

"I have no doubt that given the wealth of experience accumulated by CUTS over the years in promoting fair markets and enhancing consumer welfare, this project will achieve its desired goals in The Gambia and other participating member countries," he stated.

According to him, most of our economics are already liberalised following the Structural Adjustment Programmes of the 1980s and more recently the outcomes of the two negotiations. The liberalisation and competition, Minister Kolley further explained, have been reflected in higher GDP growth, expansion of employment opportunities, and a dramatic rise in the availability and choice of goods and services for consumers.

He stated that The Gambia has enacted its competition policy and law in 2007, with the support of the Commonwealth Secretariat.

The Competition Act of The Gambia, he went further, prohibits all collusive agreements or practices, which have the effects of preventing, restricting or distorting competition. 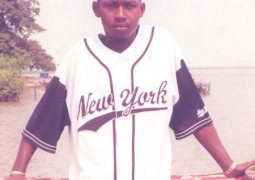