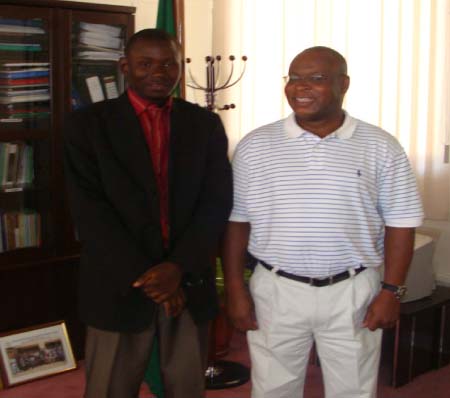 It is evident that Africa has demonstrated greater than expected resilience through the global economic crisis and has become one of the fastest-growing regions in the world. Many are of the view that improved political and macro-economic management, capital inflows and strengthened political commitment to private sector investment and better access to basic education and social services are among the key drivers behind this trend.

However, despite the tangible progress made, experts believe that stronger recovery is still needed. To regain momentum on its efforts to achieve the Millennium Development Goals (MDGs), experts expressed the view that the African continent needs higher growth to renew investments in infrastructure and human capital, and boost employment.

In this interview held at the AU Commission in Addis Ababa, Dr Mkwezalamba spoke extensively on a number of issues on the African continent ranging from the "urgent" need for economic transformation in the African continent, to objectives of the meeting and the African Union's support to states in governance as many discussions centre on the return of the State on the development of their countries.

A - Well thank you very much and I would start by saying that the meeting that we are having right now is one of our annual meetings of ministers of finance, planning and economy, which we organize every year. The meetings are organized jointly with the African Union Commission and the Economic Commission for Africa (ECA).

This is the fourth meeting in a series. We started organizing them since 2007 but before, each institution used to organize its own meeting. In order to make good use of the limited resources that we have in the continent, we decided to be organizing these meetings together.

Coming to this meeting, we decided to have its theme on "Governing Development in Africa" looking at the role of the state in economic transformation. So this is for us very important and we feel that the ministers of finance, planning and economic development will need to exchange views on what they think the state should be doing in economic management and transformation. They will make recommendations and each minister will go back to his or her own country and implement some of these recommendations.

Let me also say here that in addition to discussing this theme, the ministers will also look at very important subject matters. They will be discussing the Green Economy focusing on the impact of climate change on economic growth and development and what countries need to do to mitigate the impacts of climate change and also implement adaptation measures.

They will also be looking at leveraging economic growth opportunities; that is what it is that countries in Africa must do to take advantage of the various opportunities that exists in order to accelerate growth, as you know Africa has generally performed very well. In fact, it was only because of the financial crisis that growth declined from about 5.6% but now we are saying that there are a number of opportunities which the continent can take advantage of in order to accelerate growth, looking at diversifying their economies, looking at promoting trade among African countries as some of the examples.

The ministers will also discuss financing the health sector, which is one important area, particularly when we access the progress made on the Millennium Development Goals. We seem not to be doing well on health-related MDGs. So if we are to meet the MDGs, it means adequate resources must be made to the health sector. There is already a decision that has been made at the level of Heads of States and governments to allocate adequate resources to the health sector. So the finance ministers will meet with the health ministers to see how best to address this issue. This meeting, I believe, is important given the topics to be discussed.

Q - What will the AU do in ensuring the implementation of the decisions of this meeting?

At the next meeting that is expected to take place next year, we would expect to make an assessment of where we are on implementing the decisions that are taken. In fact, I would want to say here that this conference currently taking place here in Addis Ababa would review the implementation of previous decisions that were taken in Lilongwe, Malawi, in 2010.

Q - What will the African Union do to accompany States on governance when we talk about the return of the State in the development of a country?

Clearly, the state has a role to play and I think this is going to be the conclusion. You see, we need to have a capable state in order to play its role. So for a capable state, it means you must have the capacity, and the people that are able to work with the private sector in ensuring that our economy is moving in the right direction.

The Commission would work with member states to ensure that our states have the capability and capacity to play their rightful roles. There are also issues surrounding resources that would be required; we would also work with the member states to see how they can actually mobilize to get resources domestically to play their rightful role. There are issues surrounding policies that need to be implemented by our countries that would be conducive to private sector development.

So this is what I see the AU, ECA and other players will be doing in ensuring that we have capable states to play their rightful roles.

Q - The idea of economic transformation in the African continent has been on top of the agenda of many meetings, what is your thought on this?

A - It is very important that we transform our economies since we are talking about growth, development. We have done well as a continent at least until about 2008 in terms of experiencing high economic growth rate but again when you look at it, growth was high but this did not translate onto poverty reduction and sustainable development. So it is important that we look at this matter critically, how we can accelerate growth, how we can ensure that growth is sustainable, how growth would impact on poverty and also looking at our economies moving towards diversification, moving from being dependent on just a few primary exports to more of manufacturing, tourism and other sectors.

However, for these things to happen, you need to put in place the right policies and this is why this meeting will also discuss these policies and see whether indeed there is a role for the state to play.
Thank you Commissioner
It’s a pleasure 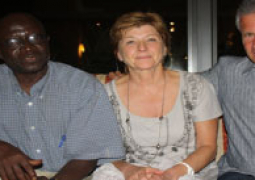 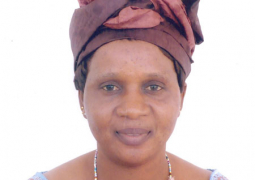