The national reconciliation and peace move Tuesday announced by the President is a good move to open a new page and allay fears in the country.

This initiative by the outgoing president should have been announced a long time ago because that would have earned us  enough time for both parties to properly discuss how to hand over the reins of power and governance within the stipulated transition period.

However, it is still not late – as it is said: better late than never – for both parties to work together to a final preparation.

We would also like to call on all Gambians and non-Gambians in the country to abide by the law and respect the constitution of the country.

We should continue to pray for peace, stability and tranquillity to always prevail.

Right now many people are leaving the country and others are going to their respective villages.

We should put aside our own selfish interest and look at the interest of the nation.

Indeed the internal dialogue proposed is really in place hence it is essential that a Mediator General has been appointed and assigned to lead the national reconciliation drive. This will help to facilitate dialogue and lead us through a smooth transition.

In reaffirming this reconciliation drive, the President said: “I hereby appoint the Secretary General as Mediator General for this trying period and mandate him to:

“Ensure the public and civil service continue to work proficiently and without fear or favor in an apolitical manner in the service of the Nation; 2) Meet with all stakeholders in the country and prepare a meeting so that all parties can be heard and we resolve any mistrust and issues among ourselves; and 3) Work with the Minister of Justice and the National Assembly to draft a general amnesty bill to confirm and ensure that there is no witch-hunt so that we can restore a climate of confidence and security within constitutional mandate.”

Talking about national reconciliation, the press should be in the forefront of such consideration, and all private radio stations should be re-opened.  Former GRTS DG Momodou Sabally and Bakary Fatty should also be pardoned.  Access to information should as well be guaranteed.

Furthermore, we welcome also the move by ECOWAS to send a mediation mission to The Gambia on Friday to continue to talk to all the parties in the political divide.

This will be another opportunity to explore so that we put the matter to rest and move on with the development of the nation.

“Peaceful Resolution is the answer .” 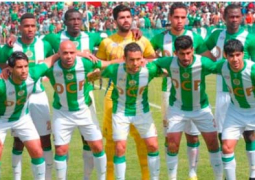 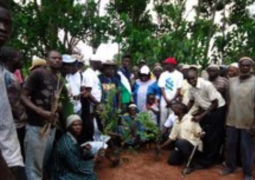