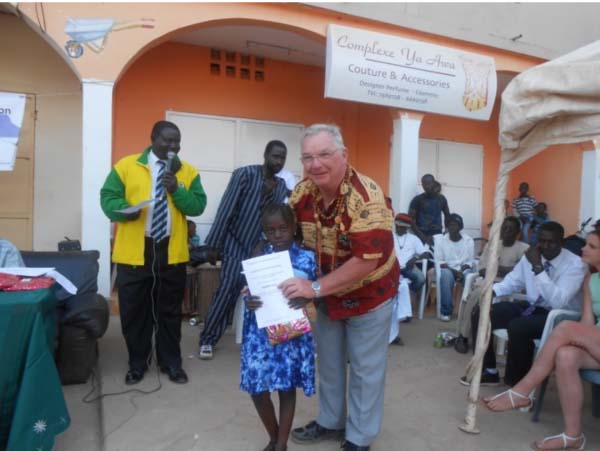 Friends of The Gambia Association (Fotga), the oldest UK-based charity organization supporting education, health and community projects in most areas of the country, on Sunday conducted its annual PTA meeting bringing sponsored students, project managers and parents together to reflect on the work and future activities of the charity’s education project.

Presided over by Fotga chairman and project manager Rob Isdale, the event provided a platform for chairman Isdale, who just returned from a countywide tour of some of the Fotga projects, to renew his charity’s desire to start new projects in addition to ongoing ones.

Isdale then urged the sponsored students to make use of the good chance by working even harder to achieve the full potentials of the opportunity the sponsorships bring.

“Like a bicycle given as a gift, you would need to oil it and maintain it to get the best of riding,” he teased the students.

The Country representative of Fotga, Fatoumatta Barrow, revealed that Fotga is currently sponsoring 211 students in The Gambia from kindergarten to university such as the University of The Gambia.

She paid a glowing tribute to the sponsors and Fotga for the opportunities provided Gambian students to enable them to make maximum use of the conducive climate and high standards set in education by President Yahya Jammeh.

The chief speaker, Muhammed Jabbie, Principal of Brufut Upper Basic School and chairman of the Committee of Principals, delivered a rousing speech that kept the crowd of parents, teachers and students on their knees.

He disclosed that the gap in the percentage of school enrollment and those who actually complete school from lower basic through upper basic to senior secondary school is big, and one of the key hurdles causing the huge percentage of dropouts is of course sponsorship, or the lack of it.

But he hastened to highlight the giant strides taken by President Yahya Jammeh to significantly lift the burden of high tuition fees off the shoulders of parents through policy and personal interventions.

Jabbie said Fotga therefore deserves commendation for contributing immensely towards the uplifting of education not just through the provision of tuition fees but also through providing feeding for students’ families.

The chairman of the Committee of Principals also called for concerted effort in protecting the girl child from the many dangerssurrounding her mainly sexual exploitation by peers and even adults he called the ‘Big Fishes’.

Other speakers at the event were BA Jabbie, chairman of the Brufut Marathon Association, which Fotga supports to organise an annual marathon; Ousman Ndow, a Fotga executive member, and the heads of Brikama Jeddah and Hanna Vibre Nursery schools which are supported by Fotga.

Some 15 outstanding students received presents from Fotga as encouragement while a selection of sponsored students delivered papers on various topics to the admiration of the crowd who marveled at their excellent oratory skills.

The event ended with entertainment by a Balafong troupe and the Bijilo Scout Band.

The Friends of The Gambia Association was formed by a group of people who had visited The Gambia in 1990.

It became a UK-registered Charity in 1995 and in 2000 obtained NGO (Non-Governmental Organisation) status in The Gambia.

The Charity has an office in The Gambia at Kotu, near Manjai Lodge. Visitors are always welcome to discuss sponsorship with the team and existing sponsors can make arrangements to visit their sponsored children there.

Just before the beginning of each term the students and their parents descended on the office to collect their cheques.

A report or receipt from the previous term is confirmation of attendance. They then proceed to the bank to cash them ready to pay for uniform, fees, shoes and so on.

The Gambian team also monitors progress on construction projects operated by Fotga and reports back to the UK.

The staff holds a PTA meeting in January each year in front of the office with singing, dancing and speeches from teachers, parents, government officials and students. 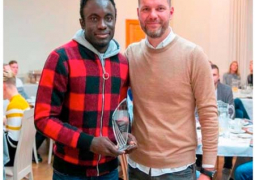