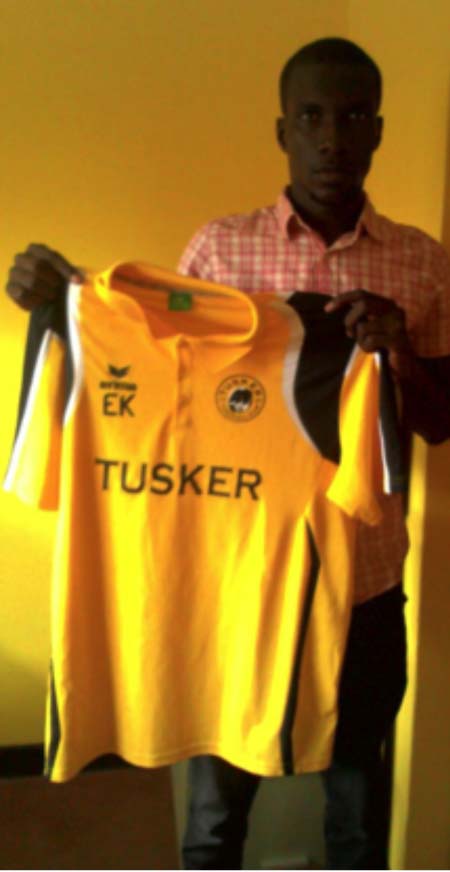 The 23-year-old Gambian international, who joined Real de Banjul in 2012 from Bakau United, has signed a loan deal that will see him stay at the Nairobi club until 30 June 2018.

The net minder, who has won two league titles since joining the City Boys, told www.realdebanjul.gm: “I have always wanted a new challenge for many years and it’s finally a dream come true for me to move away from Gambia and to play professional football elsewhere.”

“I believe this is exactly the right place for me to start. I am looking forward to the whole team and the new things that will happen to me.

“I want to do my part to get success [with Tusker who are currently seventh on the 16-team table] and will always be there when I am needed.”

Nyabally, who captained the club last season after Bubacarr Sanneh’s departure to AC Horsens, added: “That is what I am looking for, to create an environment where you really push for your place and an environment of excellence where you push yourself to get better every day.”

Club president William Abraham spoke of his delight in having to see the captain leave the team to become a professional.

He said: “It’s with great delight that we have been able to move [Alagie] Nyabally away from our league into a professional one. We all know how difficult it is to move a goalkeeper in football but thankfully, after talking to all our contacts, this offer from Tusker came in and we decided to let him go.

“He has fantastic physical attributes and is a real positive character. He really wants to learn and I am sure Kenya will be a good place for him to start.

“He will not lack company there as Matarr Nyan is already there at the club, so we are delighted for Nyabally and can only but wish him all the best.”

Nyabally becomes the third Real de Banjul player to sign with a club in Kenya, following the moves of Ebrima Sanneh (with Nairobi City Stars) and Matarr Nyan.

Everyone at Real de Banjul would like to wish Nyabally all the best of luck in the Kenyan Premier League.