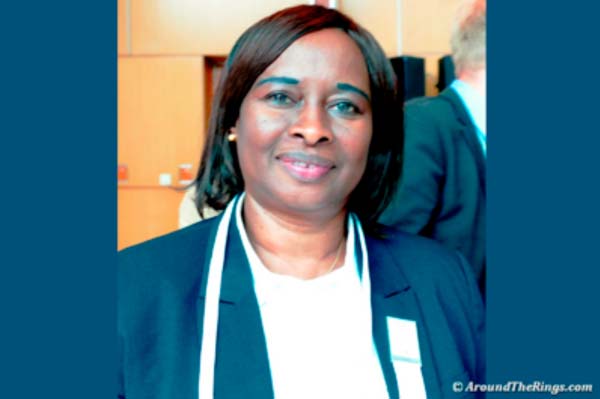 The IOC yesterday announced the revised composition of the IOC commissions for 2017, marked by an increase of 70% in female representation since September 2013. The commissions also reflect a broader geographical representation and include a number of new faces from the next generation who will be the leaders of tomorrow.

Miss Allen, who has been an IOC Member since 2006, served in three commissions before and her appointment in four commissions demonstrates the trust of the committee in her commitment and leadership qualities shown during her 10-year-tenure as an IOC member.

Miss Beatrice Allen, 67, who is also the chair of the Association of National Olympic Committee of Africa (ANOCA) women in Sports Commission, has now been appointed to the IOC Public Affairs and Social Development Through Sports Commission.

She will also serve on the IOC Women in Sports Commission, the Olympic Education Commission as well as the Sustainability and Legacy Commission.

Beatrice Allen, who previously was first Vice President of The Gambia National Olympic Committee (GNOC), saw her IOC membership extended by 8 years in 2014.

President Bach has significantly increased the number of women appointed to a commission since his election, with 38% of places now held by women – an historic high. That is a 70% increase since 2013. In 2017, 29 more positions are held by women across the 26 IOC commissions than in 2016, and female members are present on each commission.

Increases in the number of members from America, Africa and Asia was also heralded as guaranteeing, a “more global and diverse continental representation”.

Sir Philip is due to stand down as President of the International Paralympic Committee and vacate his IOC membership in September.

“These changes are aligned with the implementation of the Olympic Agenda 2020 and show that a stronger participation of women and a more diversified continental representation are our top priorities,” Bach said.

“The diversity of members guarantees interesting and more inclusive discussions and reflects the Olympic Movement’s commitment to universality. Listening to youth, entrusting youth and empowering youth is needed more than ever in the world of sport. This will contribute to keeping tomorrow’s sport and the Olympic Movement as a whole relevant, inspiring and impactful,” added.