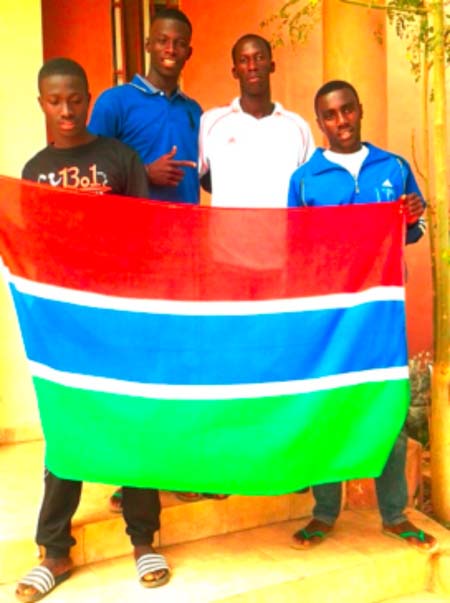 The Gambia National Olympic Committee (GNOC) has airlifted 4 Gambian athletes and a coach to the 2015 African Cadet championships in Mauritius.

The 4 athletes headed by Coach Mariama Sallah left Banjul on Tuesday 21 April 2015 to take part in the continental competition to be held from 23 to 26 April 2015.

Addressing the delegation at the GNOC Conference Room on Monday, the first Vice President of GNOC and IOC Member, Beatrice Allen, advised the athletes to be good ambassadors of the country while in Mauritius.

She said one of the Olympic values is not only winning but participating.

“Go with Gambian flag and make us proud in our quest to become a sporting nation,” she pointed out, adding:“Don’t go there and feel small but demonstrate that smallness is greatness.”

Gambia IOC Member emphasized discipline, saying it is the fundamental pillar of sports.

“Respect your coach by adhering to her advice. Go in peace and come back in peace, our prayers are with you,” she concluded.

For her part, Coach Mariama Sallah expressed delight and showered praises on GNOC for making their dream a reality by financing their trip to Mauritius.

She added that the Gambia Athletics Association (GAA)has solicited support from the Ministry of Youth and Sports to fund the team to Mauritius but they had not responded positively.

She added that if it was not the GNOC all their hard training would have gone in vein.

Mariama Sallah further revealed that they wanted to send 7 athletes and 2 coaches to Mauritius but due to lack of positive response from the Ministry of Youth and Sports they were forced to settle for 4 athletes and a coach, who were fully sponsored by GNOC ranging from air tickets to allowances.

Speaking on behalf of the athletes, the captain of the team Edrissa Marong, thanked GNOC for salvaging them. He promised they would do their best to keep Gambia flag high. 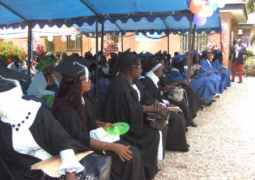