The Gambia Football Federation FIFA Live Your Goals Girls’ Festival is set for Wednesday with authorities promising to break greater grounds in an aggressive tactic to ensure women’s football has the same standing with the men’s game in the country.

The festival, which will be held at the GFF Technical Training Centre in Old Yundum, is preceded by the launching of the concept at the Paradise Suites Hotel in Kololi on May 16 in a colourful ceremony attended by the movers and shakers of Gambian sports.

The Live Your Goals concept, hatched on the sidelines of the 2011 World Cup in Germany, is a global initiative that inspires girls and young women to achieve their goals in football through perseverance, fair play and teamwork – all while making new friends.

FIFA provides support to member associations implementing the campaign and festivals in order to help in branding, communications, concept development and financial assistance. The concept is a four-year legacy programmee fully supported by FIFA for two years with member federations partly sponsoring the initiative for the subsequent two years.

The festival will start in the form of a march-past from the Trust Bank office at Old Yundum to the Goal Project with the crowd to be entertained by the Scout Band. After a formal opening ceremony, the participants will be taught the various aspects of football development.

The festival was earlier scheduled for June 13 but was pushed forward so it wouldn’t coincide with the Scorpions AFCON qualifier with Bafana Bafana in Durban, South Africa, which was also scheduled on the same date.

This festival is targeting 300 participants between the ages of 14 and 24. Participants will come from the first and second division league clubs as well as the SOS Children’s Village and schools.

Promoting the women game in a male dominant sport could be a herculean task for any group or individual. But the Federation in the last few months is seen to be taking that direction to break the seals and the unveiling of Veronic Malack, Awa Tamba, Penda Bah, Ajara Samba and Sainey Sissoho as women football ambassadors is seen as a positive step.

Coupled with the commitment to invest the same amount of resources as in the male game, to ensure equity, the future of the female game we can say is on the right footing. 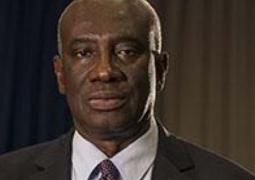 Our sympathy to the Togolese team

Suspect in court for Sarro conflagration