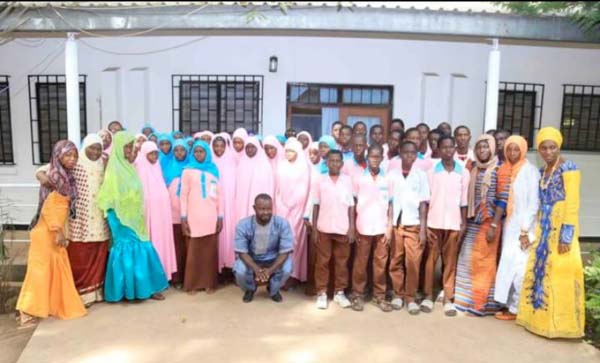 The Girl’s Agenda, a local organisation working for the promotion and protection of the rights of girls, Friday organised training for madrassas (Islamic schools) to enlighten them on issues of Gender-Based Violence (GBV).

The sensitisation forum, held at the Regional Education Directorate in Brikama, was staged in partnership with the United Nations Population Fund (UNFPA).

Speaking on the occasion, Matilda Daffeh, coordinator of The Girl’s Agenda, said there are so many issues that negatively impact on the lives of girls and women that a single individual cannot tackle.

“We think that bringing the madrassas together could also help us in achieving our goals,” she said.

Speaking on youth partnership to end GBV, Alagie Nyang from the National Youth Council, said it is not only the victims of GBV who are worth saving but also the perpetrators.

He said involving youth, especially those in the madrassas, in a discourse to share experience and knowledge on GBV is also very important in ending social vices.

“What we need to do as youth is to come together, as individuals and groups to take actions and responsibilities collectively.When we do this, we can ensure that gender-based violence is wiped out in our society,” Mr Nyang said.

Muhammed Bajaha, principal education officer, Madrassa Unit of the Ministry of Basic and Secondary Education (MoBSE), said The Gambia “government has taken a great step” in developing and empowering youth of the country.

In the next two to three years, MoBSE, with the support of the Islamic Development Bank, is going to build more than 300 classrooms for the madrassa students across the country, he said.

Mr Bajaha said this is part of efforts to give youth the opportunity to have a good start by giving them education to lay a good foundation.

He pointed out that madrassas will be given the same platform like that of the conventional schools in The Gambia.

He further explained that madrassa students learn not only about religion but also about life and how to become a responsible person in society.

Halimatou Colley of the Women’s Bureau said The Gambia government through Women’s Bureau has implemented series of policies and programmes geared towards the promotion and protections of the rights and welfare of women and girls.

The government has also ratified many international instruments such as CEDAW, CRC, and UN council resolution 1325 and national action plan for resolution 1325.

Ms Colley said the implementation of the legislative and policy frameworks has registered “significant success” in the areas of girl’s education, legal reform and social issues, mediation and peace building, and increased women’s participation in decision making positions.

She said The Gambia government since the inception of Women’s Bureau has been manifesting its commitment against GBV.She noted that one such manifestation is the recent pronouncement by President Yahya Jammeh banning FGM in The Gambia.