A 19 year old girl, Yassine Gibba, was recently arraigned before Magistrate Fred Foster of the Brikama Magistrates' Court, charged with common assault contrary to the laws of The Gambia.

According to the particulars of the offence, the accused Yassine Gibba, on 22nd June 2009 at Batokunku village in Kombo South willfully and unlawfully assaulted one Isatou Sarr by hitting her with a stick and thereby causing her actual bodily harm.

She pleaded not guilty.

According to the complainant, on that fateful day, she went to a tailoring shop and as she was about to enter the tailoring shop, she saw the accused holding two sticks. She said the accused placed one stick across her and beat her with another stick. She said that she reported the matter to Tujereng Police station, where she made her statement.

The Accused was granted court bail in the sum of D1, 000 with a Gambian surety 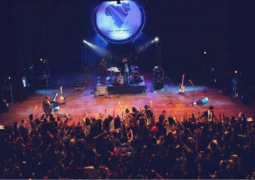