The Gambia Football Federation (GFF) released the first-ever calendar for Gambian football, a forth night ago but decided to revised it due to busy schedule in the country’s football season.

According to the newly-revised released calendar, the team management meeting set for 1 November 2014 and the 2014 Nawettan will finish on 23 November 2014, while the 2014 Super Nawettan is set to commence on 24 November and finish on 13 December 2014.

The country’s premier league season traditional curtain raiser the super cup final between the league champions Real De Banjul and the FA cup champions Banjul is billed for 14 December 2014 and the 2014 third division qualifiers is slated for 15 December and finish on 23 December 2014. 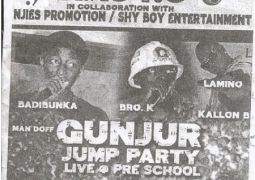