Brufut United lost to BK Milan 3-1 and Waa Banjul lost to Interior 1-0 in their week-six fixtures before Christmas and New Year’s break; Brufut United snatch the vital three points after netting one goal in the game to bounce back in the second tier.

The defeat was Waa Banjul’s second successive defeat in the second tier after losing to Interior 1-0 prior to their 1-0 defeat to Brufut United in the week-seven fixtures.

Elsewhere, Interior drew goalless with Kexx United in the other week-seven fixtures played at the Brikama Box Bar Mini Stadium on the same day. 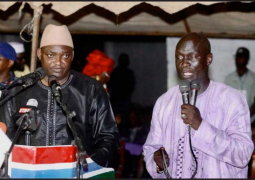