The Gambia Football Association (GFA) yesterday released an 18-man squad that will tomorrow leave Banjul for Morocco, to begin the qualifying campaign of the first-leg of the Africa U-17 qualifiers in Casablanca, Morocco, slated for Saturday, 28th August 2010, at 10.00pm Pointsport learnt.

The team which includes a good number of First Division players, including Buba Melez Jallow, a key figure of the history-making U-17 team that beat Algeria to lift the title in 2009 will begin the qualifying campaign away to the North African side with the hope that they would snatch the desired result.

The two times Africa U-17 champions has since three months ago began an intensive preparatory effort ahead of what promises to produce a thrilling first-leg encounter, as the Baby Scorpions looked set to make their third appearance in the cadet championship, to be held in Rwanda in 2011.

But there were some key omissions from the squad with the biggest casualties being excluded are Steve Biko right back Modou Jatta, Real De Banjul star Midfielder Alagie Bah, among other key figures, who were widely tipped to play an influential role in the qualifiers.

One man who remained optimistic about the U-17 team's chances to replicate the form that made them the two times African champions is Kebba Ceesay, the Technical Director of the country’s biggest football association.

"I am confident that the boys will make it once again, because they are already aware of our desire to qualify for the championship in Rwanda," Ceesay told Pointsport in an interview in his office yesterday afternoon. 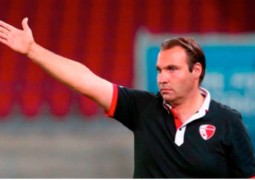