The Normalisation Committee of the Gambia Football Association (GFA) over the weekend held discussions with league clubs on the draft constitution and proposed GFA calendar, a press release from the GFA announced.

The meeting was held on Saturday 10th November 2012 at the Friendship Hotel hall of the Independence Stadium in Bakau.

Top of the agenda was the draft GFA constitution. The chairman of the constitutional Review Committee, Alhaji Omar Sey, said the document adequately reflects what is on the ground, and also empowers the playing of football at all levels. Mr. Sey added that the new constitution was tailor-made in such a way that it is realistic, and prepares a framework for technical, administrative and development aspects to ensuring that no part or region will have dominance over the others.

“This is what the draft constitution entails with its basic fundamental principles all over the world, especially in Africa”, he said, and concluded that the new initiative is to decentralize Gambian football.

On the proposed name change from Gambia Football Association to Gambia Football Federation, club representatives suggested that the name remains in its original form until congress adopts the draft constitution. Other articles of the constitution were also discussed ranging from Membership, Powers of the Executive, to Election and Dissolution. The club representatives made their inputs to the Constitutional Review Committee on the various amendments, before a final draft would be sent to FIFA.

On the proposed draft GFA Calendar, the Chairman of the Normalisation Committee, Alhagie OB Conateh, said it has long been a complaint from stakeholders that a Calendar be prepared to guide the programmes of the Gambia Football Association and its satellite committees. He said the NC has now drafted such a calendar for the perusal of the clubs so that, together, stakeholders in football can make headway towards the growth and development of Gambian football. The Calendar was drafted in a tabular form and caters for the beginning and end of all Nawettans in the recognized GFA zones, the start and end of league matches, as well as for Regional Leagues.

In conclusion, Alhagie OB Conateh thanked the league clubs for the maturity exhibited during the meeting, and for the well attended forum. He applauded them for taking Gambian football to another height. “Without you, football cannot prosper”, he added.

In attendance was the minister of Youth and Sports Alieu K Jammeh, who hailed the NC for their hard work and dedication. Minister Jammeh said development is a gradual process and should be embraced by all. He reassured all of his ministry’s full support to the Normalisation Committee in their drive to bridge the gaps that hampered the state of Gambian football. He finally thanked the club representatives for the energy and other resources injected into football.

The Constitutional Review Committee is meeting soon to finalize the draft constitution before its submission to FIFA. The meeting was attended by representatives of all league clubs. 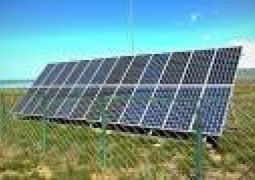