The prolonged groundnut case involving one Malick Ceesay (the accused), a groundnut trader, resumed on Monday at the Bansang court before Travelling Magistrate Amadou Baldeh.

The accused is alleged to have obtained goods (groundnuts) by false pretence and intent to defraud goods valued at D370, 861.00 from people of Galleh Manda and surroundings.

Testifying in court, Amiru Baldeh, the president of Galleh Manda groundnut market (secco) adduced that a total number of 139 people sold their groundnuts to the accused, noting that is none of those people has received payments from him yet. He testified that the concerned people have been requesting the accused for their monies but to no avail. "It was then we formed a delegation to meet the former Secretary of State for Agriculture, Mr. Kanja Sanneh, led by the district chief. We later went to the Banjul Police Station to report the matter," he stated.

Also giving evidence, Abdoulie Jagne told the court that the accused had received seven (7) bags of groundnuts from him in 2006, but only gave him a notice that he would give him his money within 48 hours. He explained that ever since then he lost contact with the accused.

Alhagi Baboucarr Boye, Galleh Manda, Alieu Boye, Kerr Ousman and Babou Sarr told the court that the accused received 10, 17 and 20 bags from them respectively, complaining that they have not received their payments.

The presiding magistrate then asked the accused to open his defence but he could not as his counsel was not present.

The magistrate warned that come the next hearing on the case would proceed whether the defence counsel turns up or not.

However a letter from the defence counsel indicated that he could only be available in August. 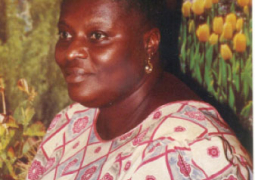