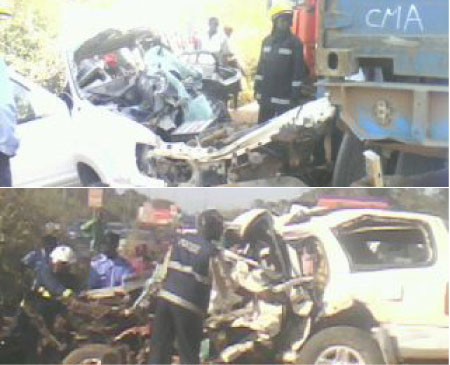 A fatal road accident at the Senegambia Kerr Sering Highway yesterday claimed the lives of at least four people.

According to eyewitnesses, two vehicles and a motorbike collided on Thursday afternoon, leaving three people dead on the spot, and another person was later pronounced dead at a nearby clinic.

The witnesses revealed that a truck with registration number BJL7286 B and loaded with a 40-foot container was coming from Senegambia and heading towards the turntable at Brusubi junction.

It collided with a Toyota 4-wheel with registration number BJL 8603 H.

Meanwhile, at the time of visiting the scene of the accident, the truck driver, said to be one Sainey Nyassi, a resident of Tallinding, had reportedly fled after the incident.

Sally Kujabi, a daughter to one of the victims, told this reporter that those who were in the Toyota 4-wheel vehicle included one Fatou Kujabi and Sarjo Jallow all residents of Kotu. Another victim was identified as Lalo Minteh.

According to her, they had travelled to Casamance, where they were coming from. 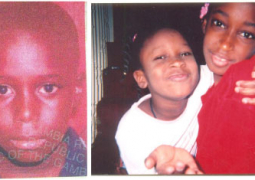 A Tale of Two Gambians