A nineteen-year-old boy from Brikama Jamisa is currently in police custody for allegedly killing a Guinean national in the early hours of Friday morning.

Lamin Njie was arrested after he reportedly caused the death of one Muhammed Fadiga, a Guinean in Brikama.

According to informed sources, the incident happened in Durumokolong in Brikama when a scuffle ensued between the two, leading to the death of Fadiga. 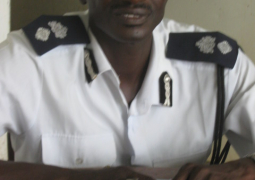