A 53-year-old German national, Langley Raybernd, will serve a two-year jail term at the state central prison Mile 2 if he fails to pay a fine of D5000.

Langley Raybernd was yesterday convicted and sentenced by the Banjul Magistrates' Court that found him guilty of being in possession of firearms and ammunition without a valid licence issued in the .

The court also ordered that the weapon be forfeited to the state.

Meanwhile, this paper learned that the convict has paid the fine.

Senior Magistrate Hilary U Abeke in his judgment stated that the prosecution in support of their case had called in four witnesses and tendered several exhibits. He said the convict opened his defence, but did not call any witness to testify on his behalf.

Magistrate Abeke further stated that the defence counsel made a no-case-to-answer submission after the closure of the prosecution case, but this was overruled by the court.

The totality of the evidence adduced by the prosecution witnesses has convinced the court that the convict was culpable of the offence charged, according to the magistrate.

He further stated that the permit or certificate that was tendered by the defence was only limited to the native land of the accused person. The weapon found in the possession of the convicted person is very dangerous and can cause destruction in some instances, the magistrate added.

In his plea of mitigation on behalf of his client, defence counsel Ozoma told the court that the convict is a foreign national, and his entire family depends on him.

He pleaded with the court to consider the provision of section 267 of the criminal procedure code, stating that the court can also take into consideration the character of the convict in the case.

Lawyer Ozoma urged the court to discharge and caution the convicted person, in line with section 267 (1) of the criminal procedure code.

However, Langley Raybernd was subsequently convicted and sentenced as reported, with a right to appeal.

The police prosecutor who indicted Langley Raybernd claimed that, on 24th June 2010 in the sea around Gambia Ports Authority in , he was found in possession of one revolver pistol mark 357 MAG, one pistol mark 9MM and 767 life ammunition without authority. 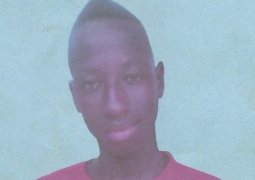 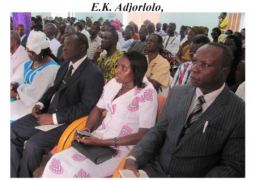