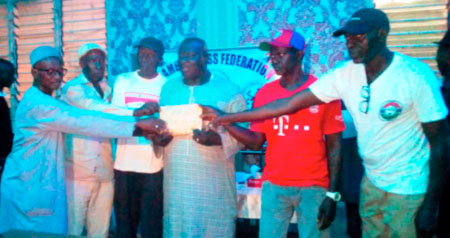 Jalamang Jallow, Habib Mboob, Ebrima Camara, Demba Njie and Melricus Jones  all finished the competition with 5 points each in the men senior category.

The federation presented them with ten thousand dalasis and promised to organise a final for them to determine the winner at a later date.

Mustapha Jallow finished second position with four and a half points and received a cash prize of D5000.

Jimmy Kaba took third position with 4 points and was awarded a cash prize of D3000.

In the men junior category, Matthew Aziz emerged winner with 6 points and was handed a cash prize of D5000.

Sira Jallow was named the winner of the female category with 6 points and received a cash prize of D5000.

Huja Jallow and Christina Aziz finished second position with each 5 points and were rewarded each a cash prize of D3000.

Mariama Krubally came out third position with four and a half points and received D2000.

Speaking at the presentation of prizes, Alh. Abdoulie Bojang of the National Sports Council expressed delight in seeing the federation stage its national championship. He called on all national associations to be hosting championships to identify new talents.

He also urged the federation to keep up the momentum in taking chess to higher heights. According to him they do not want to see one-man associations in the country.

Jalamang Jallow, president of The Gambia Chess Federation said he is impressed with the enthusiasm showed by young players, especially female players and described them as the future of chess in the country.

He admitted that it has been difficult for them as a federation the past few years but added that with their commitment and dedication to see chess develops in the country they continue to stage championships.

He highlighted the importance of discipline for sportsmen and women, adding that it is also important to stay united as a chess federation. 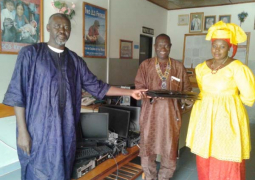