It is evident that the Westfield-Sukuta road project is one of the most important arterial routes in the transport network of the Greater Banjul Area. Over time, the condition of the road has deteriorated, leading to government's intervention to reconstruct the road.

Contracted to COPRI Construction Enterprises of Kuwait for the sum of D204million, work has started in earnest since January 2009.

However, despite the achievements registered so far on the Westfield-Sukuta road project, there are formidable challenges ahead. One of these challenges, according to Mr. Ebrima Cham, the Director General of GAMWORKS, is the relocation of utilities.

Speaking at the 5th Annual General Meeting of GAMWORKS held at the Sheraton Hotel yesterday, Mr. Cham said the relocation of services is funded under the project and the contractor has signed sub-contracting agreements with Gamtel and Nawec for moving their infrastructure from the roadway.

"Gamtel has moved their services and Nawec has relocated electricity poles," Mr. Cham stated, adding that Nawec is yet to start shifting their 'water-mains'. The relocation of the water services, Mr. Cham went on, could potentially delay the implementation of the project.

"The other challenge relates to Sukuta area. The issues are complex, but at the heart of the problem are the structures that have been erected on the right-of-way. At the design phase, the alignment of the road was positioned so as to avoid as many buildings as possible, including the local mosque," he said.

According to the boss of GAMWORKS, some fences and buildings will have to be demolished and rebuilt elsewhere, if the road is to be constructed as designed.

Also speaking earlier, Mr. Mam Cherno Jallow, the Chairman of the Board of Directors of GAMWORKS, said one of the most important issues of concern to governments worldwide during the past year, was undoubtedly the financial meltdown, which had affected the global economy, resulting in a credit crunch, from New York to Tokyo and from London to Johannesburg.

"There were significant indirect effects, such as the reduction in revenue from tourism, the reduction of foreign direct investment, foreign aid and remittances inflows," he said.

The construction industry, Mr. Jallow stated, although expected to be affected by the fall in remittances, continued to remain buoyant, and helped by the relative stability of the foreign exchange market, as compared to the turmoil of the previous year.

He added that with regard to GAMWORKS' operations, the favourable situation in the local economy had translated into more predictable contract prices and less risk of time and cost overturns.

Scheduled to be completed in June 2010, the reconstructed Westfield-Sukuta road is expected to ease travel and improve the level of services and bring major economic benefits to the area. 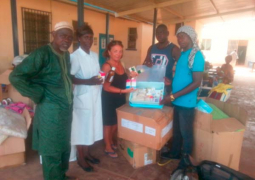 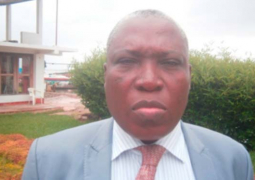