Saiku Sarr, a resident of on Wednesday 11 August 2009, testified in the trial of 47 accused persons who are alleged of committing arson, wilful damages to properties and going armed in public, before Principal Magistrate Mahoney of the Brikama Magistrates' Court.

In his testimony, Saikou Sarr, the third prosecution witness, told the court that on 29th March 2009, while he was going to Lamin Jarju's compound, he received a phone call from one Omar Badjie informing him that he (the witness) should remove all his family members from his compound, since the accused persons were planning to launch an attack on Babylon.

According to him, this was not the first of its time. As he put it, the former Governor of the Western Region had also confessed that the accused persons are ringleaders in related incident.

He further stated that on 30th March 2009, he was with Ensu Jassey going to Lamin Jarju's compound when he saw a group of people, numbering more than 300 people, led by one Alhagie Njie who was in possession of a gun, while others were armed with knives, cutlasses, axes and other weapons, chanting slogans like "there is no law in the Gambia, we will do whatever we like".

He testified that the group was heading to Lamin's Jarju compound and upon arrival they set fire to his house and three of his vehicles.

He told the court that more than 300 people then proceeded to Ebou's Fofana compound where they also set fire to his house, dropping some of his items into the well.

He testified that one Mr Sarr's and Fatou's houses were also burnt by the same people, as well as the house of one Bakary.

During the incident, he said, some police officers and military officers visited the scene and found the accused persons setting fire to the compounds of Lamin Jarjue, Ebou Fofana, Bakary Jalang Manga and one Mr. Sarr.

According to him, the officers then effected their arrest, and took them to the Banjulinding police station. 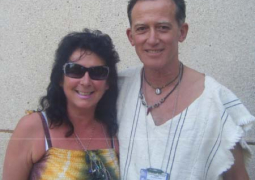