GAMWORKS the Gambian Agency for the Management of Public Works last Thursday held its 6th Annual General Meeting at the Kairaba Beach Hotel.

In his report, Gamworks board chairman Yankuba Dibba described the year as a very good one in terms of board governance and performance of its oversight functions. He cited management achievements in delivering successfully completed projects and delegated management contracts to the satisfaction of their clients. He stated that GAMWORKS continues to earn the confidence of the government, as the number of sectors working with the agency increases and more delegated management contracts are been signed.

According to Mr. Dibba, GAMWORKS haS strengthened collaboration with the Islamic Development Bank and, in addition, have projects and programmes funded by the Taiwanese government and the United Nation Development Programme, UNDP.

He underscored the agency’s achievements over the years, noting that it has contributed its quota in national development, having satisfactorily implemented development projects and programme in excess of US$ 90 million from 1994 to date.

He also stated that GAMWORKS will continue to foster alliances and partnerships with key institutions in the interest of developing the local construction industry, which will be to the benefit of the agency and the nation as a whole.

Ebrima Cham, Director General of GAMWORK, told the AGM that the main objective of GAMWORKS is to implement development projects on behalf of the Gambia government and development partners. He said this is done in two ways, either as a project implementation agency, where the whole project is given to the agency to implement or as a delegated management contractor where some components of a project are delegated to the agency to implement.

According to Mr Cham, despite the global financial crisis of last year and the many challenges and constraints faced, GAMWORKS’ performance was still outstanding, as the agency delivered a number of successfully completed projects.

He noted that the operations of an institution such as GAMWORKS are not without challenges, constraints and risks.

"The biggest challenge is resource mobilisation to fund the operations of the agency. "Members are aware that GAMWORKS does not receive any direct subvention from government," Cham said, adding that to sustain the operations of GAMWORKS, the agency relies on the fees from the Delegated Management Contracts and the support for some of its operational expenses from projects. 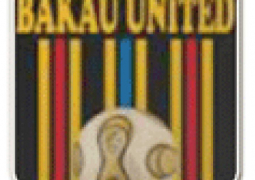 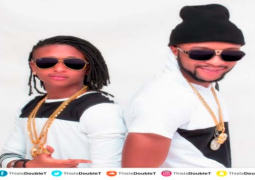