Last week was the first meeting of Gamtel and Sierra Leone Armed Forces in the CAF second tier football club competition but the telecommunication giants proved to be the better team in the game and managed to bag victory courtesy of striker Assan Ceesay’s 88th minute strike.

Telecommunication giants need only a point to sail to the second round after their hard-fought 1-0 win over the Sierra Leone premier league side at the National Stadium in Freetown, Sierra Leone, at the weekend.

The Sierra Leonean security outfit will be hoping to overturn the deficit in the ties in the second leg tomorrow at the Brikama Box Bar Mini Stadium to sail to the second round after losing to the Gambian FA Cup champions Gamtel 1-0 in the first leg at the National Stadium in Freetown, Sierra Leone. 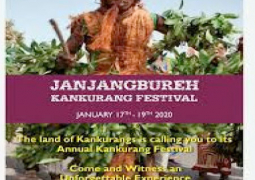