One Lamin Njie was yesterday convicted and sentenced by principal Magistrate Ibrahim Kijera of the Bundung Magistrate Court for breaking and stealing.

Delivering his judgment, the trial magistrate adduced that the prosecution had called witnesses and tendered exhibits in support of their case, while the convict also opened his defence and give evidence in support of his defence.

The trial magistrate stated that after going through the evidence of both sides, he would hold that the prosecution had proven its case beyond all reasonable doubts.

He was satisfied that the prosecution had proven its case, and he found the accused person guilty as charged and consequently convicted and sentenced him on the abovementioned fines. 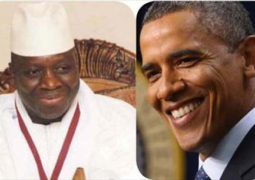