This information was disclosed by Tapha Manneh, head coach of the team.

Manneh who added that the decision was also based on the performance of the six players disclosed the name of those affected as Foday Trawally, Hatab Badgie, Babucarr Jallow, Ebou Taal, Malamin Singhateh, and Matarr Nyang.

“These are the players for the time, because at the start of the league, we have to bring in new players; so if your performance is not very good during the pre-season is possible we will release you,” Manneh told Vibes FM in an interview.

Gamtel Football Club’s dominance in the domestic FA Cup competition which was brought to an end, after its five-year unbeaten run came to an abrupt end with a narrow 1-0 defeat byone of the country’s most successful clubs, Wallidan. Gamtel had not lost a single FA Cup match since a post-match penalty shoot-out defeat by Young Africans in the finals of the 2009 edition and were big favourites to reach a sixth straight final.

According to Coach Manneh, the released players are allowed to play at any nawettan zone, adding that it is also possible that they can also be called back, if their performance is impressive during the nawettans.

“But based on their last year’s performances, we have to release them and some of them are ageing and is better to reinforce the team a bit. Though we had a better position in the league, but that does not mean we cannot reinforce ourselves.”

Asked whether it is going to be a complete overhaul, Manneh replied, it is not going to be the case.As he put it, “it is not advisable and is not possible if at all I am going to continue as the head coach.” 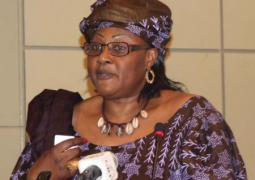