The Gambia’s membership of Africa50, an African infrastructure investment platform promoted by the African Development Bank, was recently discussed at the National Assembly in Banjul.

The report on The Gambia’s membership of the new and innovative institution was tabled at parliament by the country’s Finance Minister.

Africa50 is an African-led initiative with early capital commitments from African governments and the African Development Bank.

As an investment bank, it focuses on financing high-impact national and regional infrastructure projects on areas of critical need in Africa: energy, transport, ICT and water sectors.

A UN report has it that Africa’s present poor infrastructure is slowing its economic development.Therefore, African countries need to promote industrial development to spur economic progress and reduce poverty, according to the United Nations Conference on Trade and Development (UNCTAD).

This is largely due to poor transport, communications and energy infrastructures, says UNCTAD’s Economic Development in Africa report.

Africa50 is to work on closing this financial close and shortening the time between project idea development and financing from an average of seven years to less than three years.

The Finance Minister said this will be accomplished through substantially increased funding of early stage project development activities, which will be made possible by innovative partnerships and incentive schemes.

The development and modernisation of infrastructure remained critical to Africa’s future economic competitiveness, facilitating domestic, regional and international trade, and enhancing the continent’s integration into the global economy.

It is hoped that Africa50 will not relent in planning for infrastructure capacity in Africa by mobilising the much-needed fund and make it available to member countries. 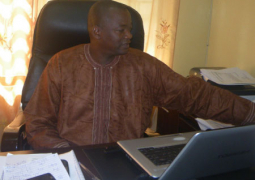