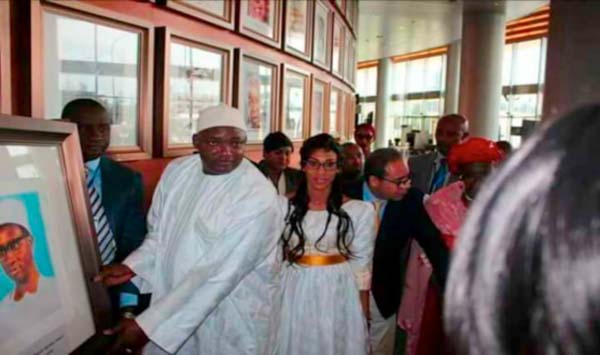 The African Union, the umbrella body of the African continent, has honored Gambia’s first President Alhagie Sir Dawda Kairaba Jawara by hanging his portrait image on the wall of The AU building.

This is in recognition of former President Jawara’s tremendous contribution to the formation of the body as well as support to the continental organisation.

With his portrait hung up, former President Jawara joins the list of various great African leaders who’s portraits are also on there in recognition of their services to the continent. Among them are former Ghanaian President Nkwame Nkurumah, Jomo Kenyatta of Kenya, Leopold Sedar Senghore of Senegal among others.

Former President Jawara who is now over 90 years old, ruled the Gambia from Independence in 1965 to 1994 when former dictator Yahya Jammeh supported by other disgruntled soldiers stage a coup against his democratic government. Fatu Network