CPA calls for prohibition of physical, humiliating punishment of children 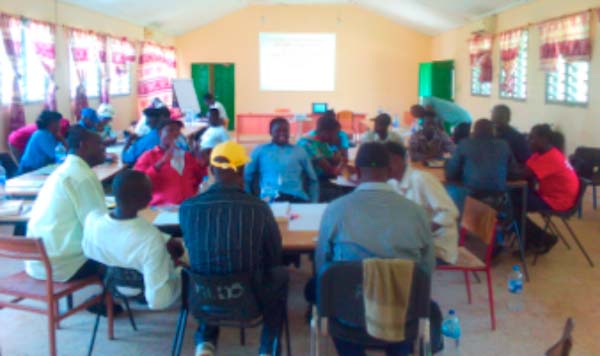 The training was part of the organisation’s continued efforts on the promotion and protection of the rights of children from all forms of abuse and exploitation through capacity enhancement of child protection professionals, advocacy, research and awareness creation.

Bankrolled by the Save the Children International, the training held at the Regional Education Directorate in Central River Region was attended by 30 people, drawn from different schools and communities in the region.

Lamin Fatty, CPA programme officer, said the workshop was aimed at enhancing the understanding and capacity of the participants on the promotion and protection of the rights of the child and the need for a legal reform to prohibit physical and humiliating punishment in all settings.

Fatty said the government’s prohibition of physical and humiliating punishment in all setting would be in line with its commitment of creating an environment conducive and free from all forms of abuse, exploitation and violence against children.

The prohibition would also be the fulfillment of the government’s mandate under the Convention on the Rights of the Child, and the African Charter for the Welfare of the Child which are domesticated in the Children’s Act 2005 of The Gambia.

“Physical and humiliating punishment is a violation of the CRC, ACRWC and other legal instruments to which The Gambia government is a party to and its violates children’s right to equal protection under the law,” Mr Fatty said.

Article 19(1) of the CRC has it that state parties shall take all appropriate legislative, administrative, social and educational measures to protect the child from all forms of physical or mental violence, injury or abuse, neglect or negligent treatment, maltreatment or exploitation, including sexual abuse, while in the care of parent(s), legal guardian(s) or any other person who has the care of the child.

The CRC also states, in Article 28(2), that state parties shall take all appropriate measures to ensure that school discipline is administered in a manner consistent with the child’s human dignity and in conformity with the present convention.

In this vein, Mr Fatty urged the government to respect and fulfil its obligations by prohibiting physical and humiliating punishment.

International Sports Manager Poise To Work For The Gambia

The Gambia ranks 29th in Africa