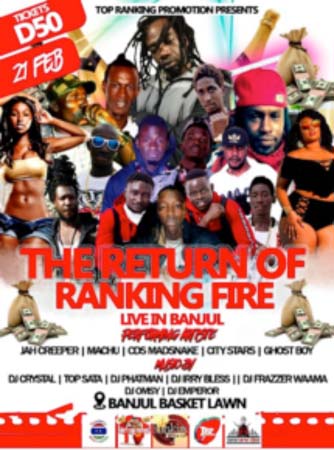 Sweden-based Gambian rapper, Ranking fire is currently in the country for a nationwide unity jam festival tour which is currently underway.

Ranking Fire told The Point Entertainment and Lifestyle that his purpose in the country is meant to promote his music and to meet his fans.

Ranking started his music career with the Born Africans in 1998 who released their first album praises that hit the  globe.

“We also released an album called ‘No More War’ in Africa and produced many songs with several artistes in the sub-region,” he said.

In 2002, Ranking Fire travelled to Sweden (Stockholm) where he continued making songs with European artistes, as well as organizing several concerts during his stay in the Scandinavian country.

He said the objective of this musical tour is to raise fund to support hospitals and schools in the country.

“We want to give back to the community as part of our contribution to national development,” he said.

The Sang Marie You Know is Here 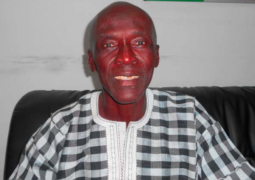