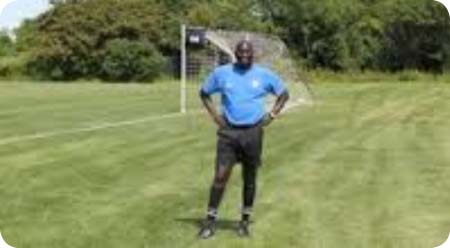 Gambian-born Baboucarr A Jallow, who is plying his refereeing career at the MLS, is once again put under the spotlight.

Central referee Hilario Grajeda will be the referee for the match with Baboucarr A Jallow - USSF Grade 5 National candidate as “Alternate 5th Official, Ismail Elfath as the fourth official while Paul Scott and Bill Bittmar will be patrolling the sidelines.

This is the first time ever the MLS have appointed a 5th official in a final just like a World Cup scenario.

Baboucarr will go down in the record books as the first referee to have claimed the prestigious spot in MLS history.

He has described his appointment as something of a big surprise when the news was transmitted to him by the higher echelon of the Professional Referee Organisation - (PRO) sparking countless goodwill messages of solidarity across the footballing world.

In the MLS, such appointments are conferred on referees who have spent 10 or more years in the league.

Jallow made his professional debut at top flight MLS refereeing in May 2012 passing through the ranks.

Shortly after his nomination for the Cup Final, delighted Baboucarr from his home-base in Seattle, Wash, USA could not hide his feelings through a routine telephone and social networking chats between us.

He observed that his inclusion in the panel is, although shocking, will boost his moral and work rate to become the best and reciprocate the thrust bestowed on him by the PRO for professional refereeing head long.

Hailed from Kerr Mama in the North Bank Region of The Gambia, Baboucarr Jallow, 38, came from a long way and started his refereeing career in 1998 through school and regional football before registering with Gambia’s Referee Association during the 1998 / 99 season under the then GFA.

Based on his impressive work ethic in the lower leagues, he was later promoted as central referee to the first Division of the Gambian league shortly afterwards.

Recollecting one of his personal honours in the business, Jallow proudly posited the honourable task put before him to referee the FA Cup Finals between The Gambia’s traditional community rivals - Wallidan FC and Real De Banjul of which he presided diligently thus catching the eyes of football aristocracies, especially top referees of the FA at the time, who all threw their weight behind him to succeed.

That was the trademark turning point in his career under my very eyes. Taking interest from his personal and professional development, young, tall and slim Baboucarr, whose physical build-up and positive attitude fully commensurate his decision-making abilities, eventually acquired his FIFA badge in 2003 by merit, following recommendations from The Gambia’s Refereeing Panel under the Chairmanship of the late Alh Badou Jasseh before its rubber stamping by the FA.

Moving to America in 2003, as an active referee in The Gambia, the former MDI graduate in accountancy was excited to prolong his career as a referee in the US although found himself struggling to find his way forward in a foreign setup with different approaches and rules.

But with assistance from the state administrator, who put him in contact with the USSF, his GFA/ FIFA credentials were transferred and was granted a Grade 5 Referee Status which ignited his officiating career in the USA.

In the year 2011, he attained his national badge. Since his May 2012 debut in top level pro refereeing US soccer, Baboucarr has ever been consolidating his place as a regular in the assignment of panel referees.

He also gained experience in the USL and PDL and within the Youth National Team Program before officiating in the 2009 and 2010 Open Cups as well as the MLS exhibition matches.

Putting the icing on the cake, his latest assignment received this week, is to serve as central referee in an exhibition clash between two First Division Mexican clubs - Club Leon vs. CA Monarcas Morelia on December 28 at the Spartan Stadium - San Jose, CA.

He will be assisted by Frank Anderson and Ian Anderson as first and second assistants respectively.

Reports about him also reveal that Baboucarr, a patron of Kerr Mama Youth Development, is a busy man outside refereeing in the City of Seattle where he is involved in the society, organising and helping children in soccer and educational programs.

When he is not in sports, Jallow the former Agriculture, Treasury Directorate and Quantum Associate employee in his native Gambia, is a social worker who also enjoys basketball and cooking.

Meanwhile in a related story, Abdoulie Ken Mansally’s Real Salt Lake and Sporting KC will square off in the 18th edition of the MLS Cup Finals to wrap up the season at Sporting Park in Kansas City, Kansas, on Saturday Dec 7 2013.

In the second leg tie of the Western Conference, on Nov. 23, Mansally’s RSL secured their cup berth by beating Momadou F. Danso’s Portland Timbers 1-0 in an emotional and highly charged summit, winning the two-legged series on 5-2 aggregate.

Meanwhile SKC also earned their right to host the finals due to their superior regular-season record.

They booked their place in the Cup Final after coming back to beat Houston Dynamo 2-1 in the second leg final of the Eastern Conference on Nov 23. The two sides played to a 0-0 draw in the first leg.

SKC and RSL each have one MLS Cup in their trophy cabinet. SKC then Sporting City Wizards beat Chicago Fire 1-0 in the 2000 MLS Cup while RS Lake came out on top in the 2009 MLS Cup after surviving a penalty shootout against David Beckham’s former L A Galaxy at Qwest Field in Seattle.

December 7 will mark the first time the two sides have ever met in the postseason. But it will be their second meeting in the regular season this term.

On July 20 at the RIO Tinto Stadium, SKC defeated R S Lake 2-1 thanks to a 97th-minute goal from IKE Opara in what was described as one of the most contentious matches of the year.

The match saw six yellow cards and one ejection with plenty of post-game reactions.