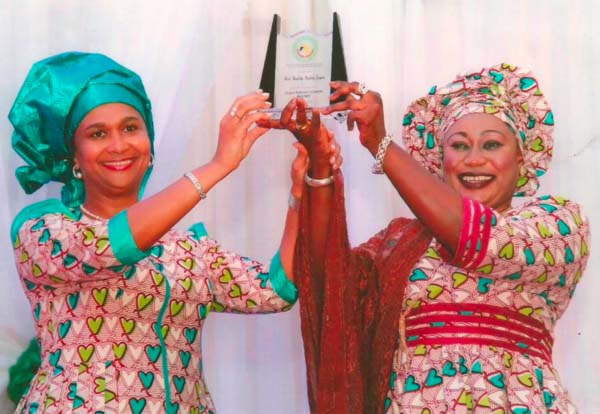 The Ecowas Female Parliamentarians Association (ECOFEPA) held its inaugural award-giving ceremony on 18 May 2015 at the Nicon Luxury Hotel, Abuja, Nigeria.

Gambia’s Hon. Haddy Nyang Jagne is one of the female parliamentarians who received the prestigious Ecofepa award on the occasion.

The ceremony was designed to appreciate people who have done or are doing well in their countries, especially in women empowerment and progress.

The first head of state to be awarded was President Yahya Jammeh in appreciation of his stance on women’s development.

President Jammeh is further appreciated for Gambia’s economic performance, according to the Ecowas Economic Development report.

In 2015 the economic performance of the region is projected to decline by 0.6% compared to 2014 performance.

Hon. Haddy Nyang Jagne of Jeshwang constituency also got the first President of Ecofepa award, for helping draft the Ecofepa constitution, boosting the visibility of Ecofepa and piloting Ecofepa launching in Banjul, The Gambia.

Hon. Haddy Nyang Jagne dedicated her award to President Jammeh, the government and people of The Gambia.