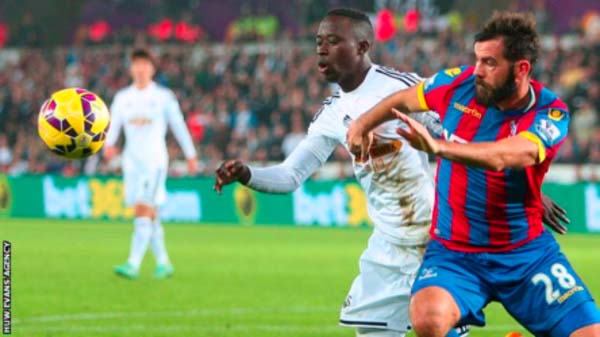 Barrow’s new deal will keep him at the Liberty Stadium until the summer of 2018.

The 22-year-old Gambian arrived in UK in September 2014 from Swedish second-tier club Ostersunds on a short-term deal.

Barrow has worked his way into the first team and played four games, scoring his first goal in Sunday’s 6-2 FA Cup win at Tranmere Rovers.

He became the first Gambian to play in the Premier League when he came off the bench in the 2-1 win over Arsenal on 9 November. BBC