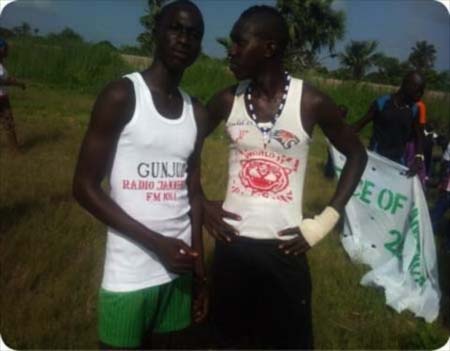 Debutants Kombo Real Estate on Sunday were crowned champions of the second edition of the Gunjur Athletics Championship held at the Gunjur Nyamina football field.

The championship saw a brilliant display of skills and panache, and attracted a multitude of spectators from Gunjur and its satellite villages to the town’s annual biggest sporting event.

The championship was organized by the Gunjur Athletics Association (GAA) in collaboration with the Gunjur Sports Committee (GSC) to raise funds, as well as promote and develope athletes in Gunjur and environs.