The s Scorpions have continued to stay at the last hundred of FIFA member countries that have not gained a significant move in the world football governing body, FIFA's ranking for August.

Out of 202 FIFA member countries, The Gambia has landed on 103, one step behind its last month grading. The lack in international games since the World Cup means that there is very little movement in the rankings for the month of August.

The Scorpions led by Belgian Coach Paul Put scored 285 points and is still 24 in , the same statistics as last month.

Despite a poor showing at the global level, the Gambia Football Association's President, Kinteh told Pointsport that GFA and the country's desire is to help qualify all the national teams to both the African Nations and the World Cup finals. With The Gambia set to meet opponents , and in Group F clash, starting the first week of September against in the Orange CAN 2012 qualifier, a big task awaits the Scorpions. The side that were supposed to take on Israeli in an international friendly last week received a late cancellation as part of  preparations for the opener in Banjul.

Before the weekend of September 3rd, 4th and 5th the Scorpions at least needed another friendly to help assure of a competitive performance in their group.  This will also help in the country's performance in the rankings as the good news is that FIFA has changed its ranking formula with games involving African teams getting a higher rating, which unlike the past games were rated the lowest in the formula used to rank international teams.
Share Article
Share on Facebook
Share on Twitter
Share by E-Mail
Share on Pinterest
Share on LinkedIn
Share on WhatsApp
Previous:
It's a matter of must
Next:
Gambia Veterans Football Team wrap-up Mauritania friendly 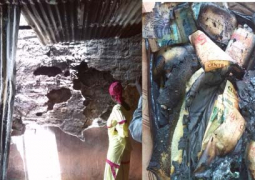